INZAI: Keegan Bradley claimed his first US PGA Tour title in four years Sunday after pulling away late to win the Zozo Championship in Japan. Bradley, whose lone major victory came at the 2011 US PGA Championship, began the day one shot behind fellow American Rickie Fowler but jumped into the lead after back-to-back birdies on the sixth and seventh holes. Two bogeys on the back nine let Fowler and playing partner Andrew Putnam back into contention but another birdie gave Bradley a two-shot lead heading into the final hole. The 36-year-old closed out qwith a par to claim his first title on the US PGA Tour since the BMW Championship in Philadelphia in September 2018. Bradley finished on 15-under par on 265 at Narashino Country Club, one shot ahead of Fowler and Putnam. Fowler was looking to end his own title drought, stretching back three-and-a-half years to the 2019 Phoenix Open. He hit two birdies and two bogeys in a final round of level par 70. Defending champion Hideki Matsuyama finished off a frustrating week with a 71 to finish three under in a tie for 40th. Japan’s only male major winner has been followed by thousands of fans around the course all week but he was never in title contention. “I was looking to win the title and nothing else, so there’s nothing I can really take from this week — it’s disappointing,” he said. Matsuyama did give the fans something to cheer with a closing birdie on the 18th hole. “I thought ‘finally, my touch and line have come together as I wanted them to’,” he said. “There were a lot of people in the gallery there so I’m glad I was able to score a birdie for them.” Tokyo Olympic gold-medallist Xander Schauffele had his best round of the week, carding a 65 to finish in a tie for ninth place at 10-under par 270. 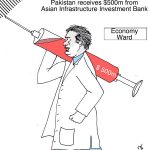