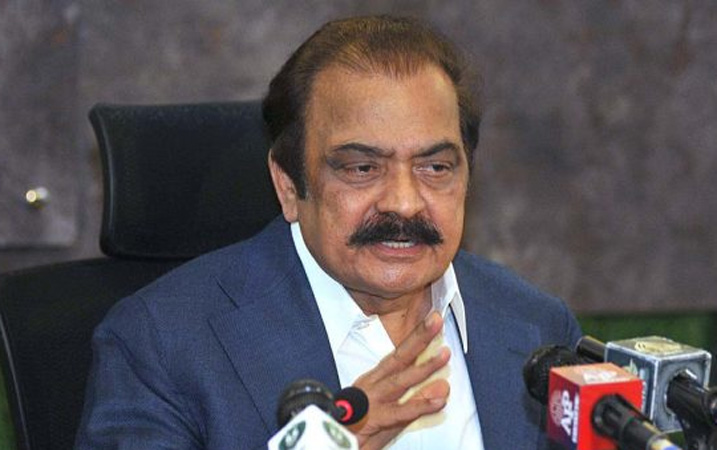 Interior Minister Rana Sanaullah on Sunday said that the government would be “10 times stricter” as compared to the policy adopted by the administration during Pakistan Tehreek-e-Insaf’s long march to Islamabad in May as no one can be allowed to bring a new government through mobs.

The statement comes a day after former prime minister Imran Khan, during an interview, announced that his much-hyped long march to the capital would take place in October. “If change is brought via a democratic process, we have no problems with it but we will not allow any long march under any circumstances,” Rana Sanaullah said after casting his vote during the by-polls.

The PML-N leader said that the Election Commission of Pakistan (ECP) has all the power and all agencies must implement its orders. He urged the voters to come out and vote, adding that the polling was underway in a transparent and peaceful manner. “All agencies including Rangers and police have done a good job whereas the counting of votes will be completed as per the procedure,” he added. Responding to a question, the interior minister said that former prime minister Nawaz Sharif will decide for himself about returning to the country.

Meanwhile, the district monitoring officer (DMO) in Faisalabad ordered the expulsion of Rana Sanaullah for violating the polling code. Per a statement, the DMO took strict notice of the interior minister’s media briefing amid voting and ordered the expulsion of Sanaullah from the constituency’s jurisdiction. The DMO said that holding a press conference by a public office-bearer on the polling day within the jurisdiction of a constituency is a violation of the election code.