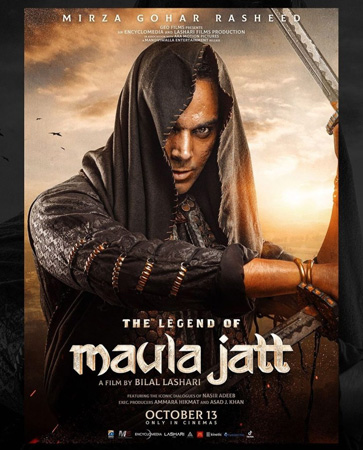 The premiere of most awaited and star-studded Pakistani film “The legend of Maula Jatt” was held on Wednesday night and it was starry affair including the cast. The leading actress Mahira Khan was also spotted in the event. Mahira, who is playing ‘Mukho’ in the film, was wearing a hot pink shimmery skirt with a tank top and she was looking adorably gorgeous.

The video of the stunning super star Mahira Khan is making rounds on social media in which she is dancing with joy on the special day of the premiere of her film.

Fans didn’t like her dance video at all and trolled Mahira Khan. They all targeted her on her age as well, they also called her out in harsh manner. Fans said that Mahira Khan is looking over and she wasn’t suitable for Maula Jatt as well. In different comments they even said that she doesn’t feel any shame in doing such kind of dances while wearing too short clothes.

The netizens said that these actors can afford absolutely beautiful outfits and they know they will look more amazing than this in decent outfits but still we don’t know why they need to reveal the skin more and more. “They seem sensible people but still they wear short dresses and we feel sad for them,” one of the social media user said.