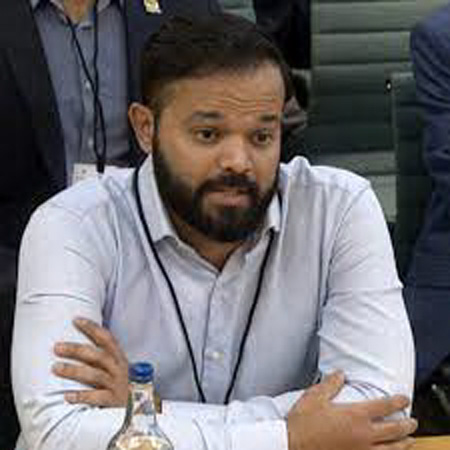 LONDON: Azeem Rafiq, whose allegations of racism plunged English cricket into crisis, is leaving Britain to protect his family from further abuse and intimidation, a report said on Friday. The ex-Yorkshire spinner is due to move overseas in the near future with his wife, children and parents, the Cricketer magazine reported. The Pakistan-born former player first raised allegations of racism and bullying in September 2020, related to his two spells at Yorkshire, which eventually led to a mass clear-out of senior boardroom figures and coaching staff. Rafiq, 31, gave harrowing testimony to a committee of lawmakers about his treatment in November last year. The club and a number of individuals were charged in June this year by the England and Wales Cricket Board following an investigation by the governing body into how the county dealt with the racism allegations.

Rafiq previously said his family had been subjected to “threats, attacks and intimidation” since he spoke out against his former club. The report in the Cricketer refers to a spate of recent threats made online and in person to the former player. It highlighted one case in which an individual was filmed on CCTV defecating in his parents’ garden while in another instance, a masked intruder is alleged to have been seen near the property. Rafiq posted a link to the Cricketer article on his Twitter feed, along with the brief message: “Sad reality of speaking out.” Earlier this week, Rafiq was among five current and former players reprimanded by the Cricket Discipline Commission (CDC) for historical social media posts of a “racist” nature. All of the individuals admitted culpability in relation to the charges brought by the England and Wales Cricket Board. Rafiq, who had previously apologised for posting the anti-Semitic messages, repeated his apology following the announcement of the disciplinary action.