The middle order played an important role in today's victory. 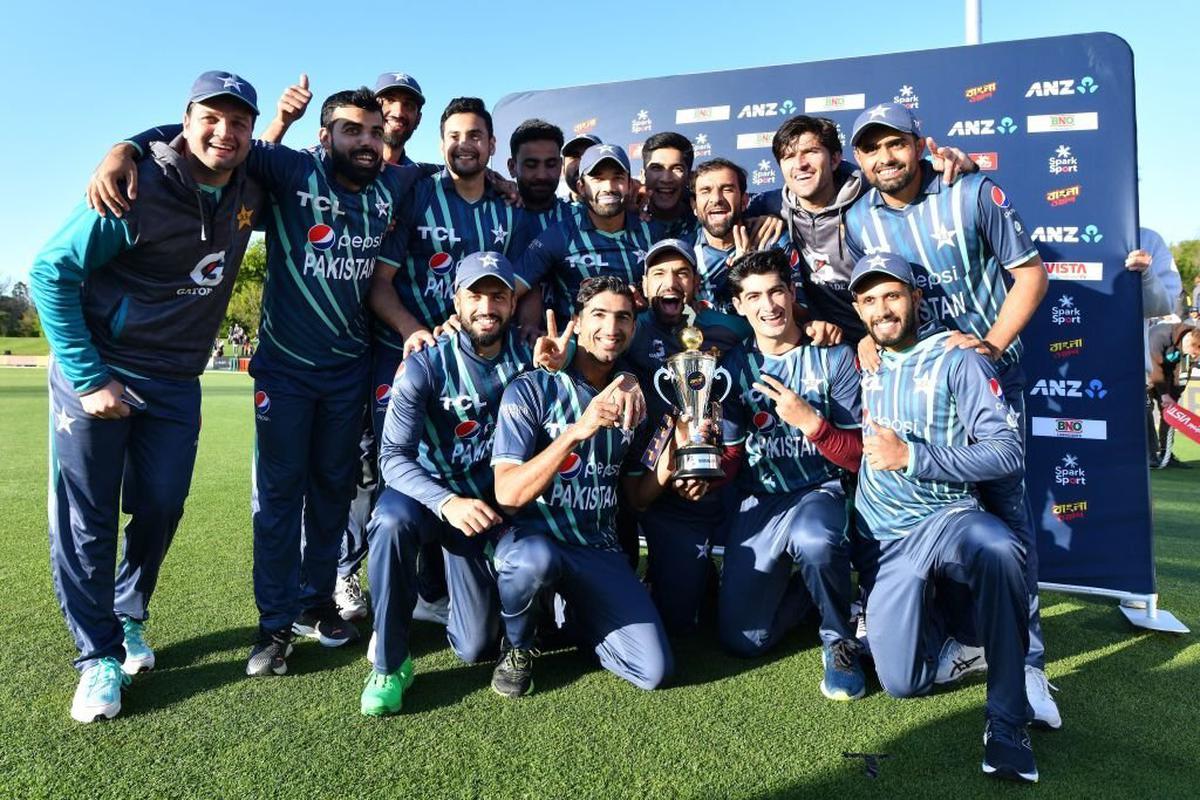 CHRISTCHURCH: The Babar Azam-led team won the tri-series by defeating New Zealand by five wickets on Friday, giving a significant boost to the Pakistan cricket team ahead of the T20 World Cup.

Despite skipper Kane Williamson scoring 59, the Pakistani bowlers restricted the Kiwis to 163-7 after deciding to bowl first.

“It was a great game, Pakistan are a strong side and all credit to the way they turned the game’s momentum,” said Williamson.

In the 15th over of the innings, in which Pakistan scored 25 runs to shift the game in its favour, Nawaz said Haider Ali helped with a couple of boundaries in the previous over.

Muhammad Nawaz hit a masterly 20-ball 38 runs studded with two fours and three towering sixes. Mohammad Nawaz was declared Player of the Match for his all-around performance.  Haider Ali’s 14-ball cameo included power hits of two four and two sixes. Iftikhar Ahmad also chipped in with his 14-ball innings of 25 runs that included one boundary and a six.

Speaking after the match, the Pakistani skipper appreciated his middle-order batters for stepping up and perform.

“The way our team played deserves all the credit. The bowlers were brilliant at the death. The way the middle order played was outstanding. Haider and Nawaz are outstanding, so we need to step up and perform.”

Going to Australia for the mega tournament, Babar said, “we have good confidence”.