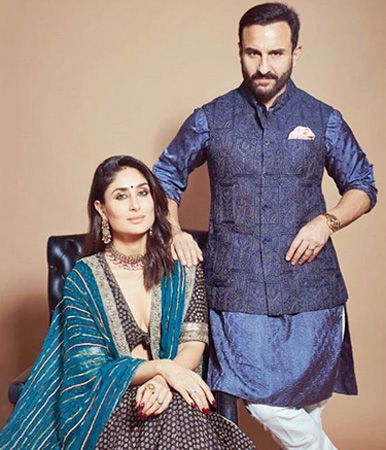 Kareena, who is shooting in London for Hansal Mehta’s film, will be flying back to Mumbai in time for her wedding anniversary on October 16, followed by Diwali. So it’s a double celebration this year for the couple.

Kareena has flown to London with her younger son Jehangir aka Jeh, who is very attached to his mother. The older son Taimur is close to his dad, so he has stayed back in Mumbai, although he misses his mom a lot. Kareena flies back from London with Jehangir in time for her wedding anniversary and Diwali and then flies back again to resume shooting.

Just a few days ago, Kareena’s first look from the film, sporting red hair, was circulated online. The film is believed to be a murder mystery and Kareena has been sharing regular updates from the film’s prep and shoot schedules on her social media.