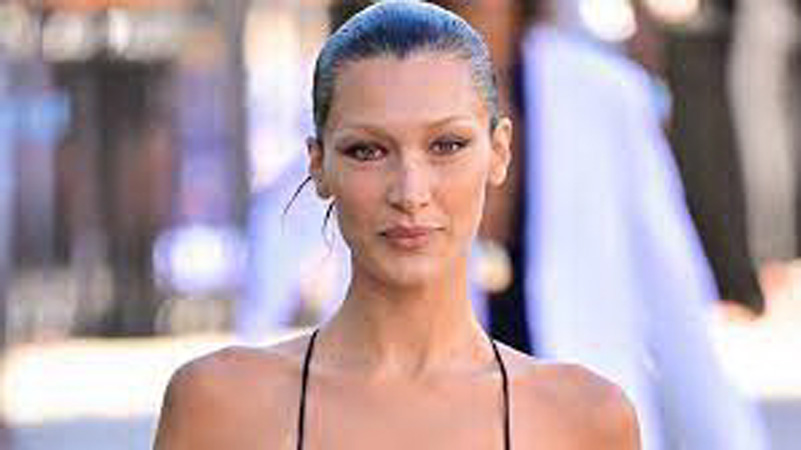 Bella Hadid received a special gift from artist Said Elatab on her 26th birthday. The fashionista was handed the painting of her father Mohamed by Elatab during a romantic dinner date with her boyfriend Marc Kalman in New York.

As she carried the piece of art, which featured her real estate developer rocking a suit and his signature black glasses, the Vogue cover girl looked gorgeous in a denim jacket, a blue hoodie, a grey t-shirt and jeans. In addition to receiving an unexpected early birthday gift, Bella was able to squeeze in some quality time with her beau, who she began dating back in July 2020. Following their meal, Kalman was seen carrying takeout as he held hands with the younger sister of Gigi Hadid. On Bella’s actual birthday, Kalman was spotted spoiling his love with three bundles of lavender, pink and yellow flowers at lunch.

Later, the lovebirds headed to a fun-filled dinner at an Italian restaurant in Brooklyn, which Kalman arranged with the help of some of her friends who were waiting patiently at the establishment.