Inter Milan and Inzaghi at crossroads ahead of Barcelona clash 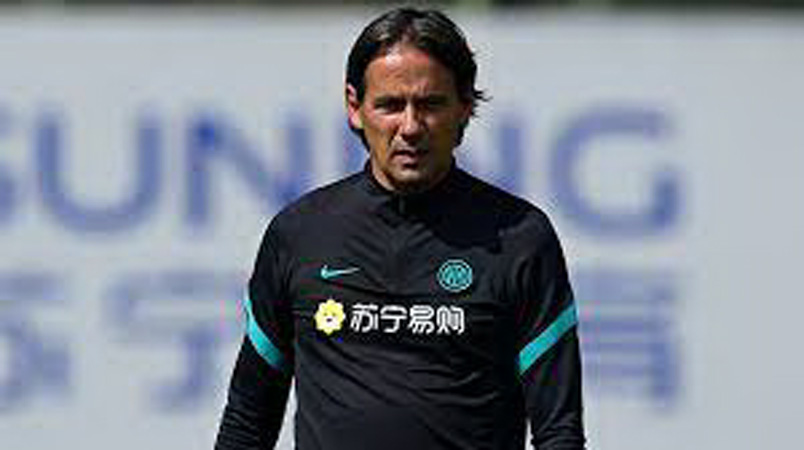 MILAN: Inter Milan are teetering on the brink of full-blown crisis as they prepare for the visit of Barcelona to the San Siro, which will likely have a huge bearing on their chances of making the knockout stages of the Champions League. Saturday’s home defeat at the hands of Roma, guided by Inter legend Jose Mourinho no less, left Simone Inzaghi’s side eight points off the pace in the Serie A title race and wondering what shape their season will take. It was their fourth loss of the league season and dreadful preparation for the Tuesday’s showdown at the San Siro, where Inter and Barca will tussle for second place in Group C.

Both teams are three points behind leaders Bayern Munich and the upcoming double-header will decide whether their European adventure continues as Bayern have the chance to make the last 16 with their two games with bottom side Viktoria Plzen. Defeat would leave Inter and Inzaghi way off their objectives for the season and increase the dissenting voices around the coach despite recent assurances from the club that his job is not at risk. Inter have already lost the same number of league matches as in the whole of last season, when they conceded their Serie A crown on the final day of the campaign following a thrilling battle with local rivals AC Milan.

As it stands Inter will have a battle on their hands to qualify for the Champions League next season as a host of teams have improved and made Italy’s top flight more competitive than it has been in years. “Us coaches are always at risk, every week,” Inzaghi told reporters after a defeat which highlighted flaws that have begun to characterise their performances.

Inzaghi ‘worried’: Inzaghi insisted that Saturday’s was their best performance of the season, and in truth the half-time score of 1-1 was a scandalous reflection of the balance of play. However Roma’s leveller was similar to other goals conceded by Inter this season in that it came from an individual errors, Nicolo Barella failing to control a wild Hakan Calhanoglu pass before under-fire goalkeeper Samir Handanovic flapped at Dybala’s volleyed finish. Even more worrying is the what happened to their performance once Roma equalised, the away side clearly on top until star man Dybala — who had been linked with Inter all summer — had to leave the field with around half an hour remaining.

And Roma’s winner came with Inter’s backline sleeping at a set-piece just as for Udinese’s first two goals in their 3-1 loss against the league’s surprise package before the international break. “Yes, of course I’m worried. I was more so after Udinese but we’ve still got the same number of points,” said Inzaghi. “We need to focus on the details. At the moment we’re paying for every moment of carelessness, even in situations on which we have worked. “But I’m not going to give up, we all need to do more, starting with me.” Inter will be boosted by the return of midfield lynchpin Marcelo Brozovic, absent through suspension against Roma. But with Barcelona not conceding a league goal in five matches, Romelu Lukaku still out injured and Robert Lewandowski in hot form Inter will need to do more than they have up to now if they want to turn their season around.