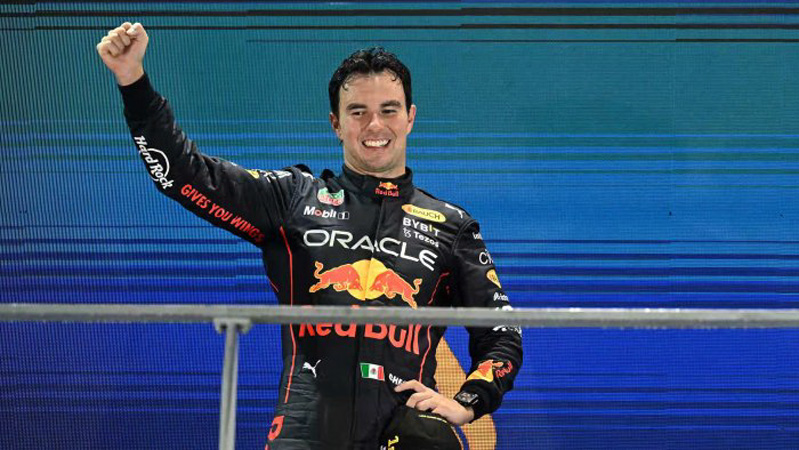 SINGAPORE: Sergio Perez won a rain-affected Singapore Grand Prix on Sunday meaning his Red Bull teammate Max Verstappen, who finished seventh, must wait at least another week to retain his Formula One world championship. The Mexican took the chequered flag 7.5sec ahead of the Ferrari of Charles Leclerc, whose teammate Carlos Sainz was third in the night race that started more than an hour late because of a storm. Verstappen had a mathematical chance to clinch a second world title in Singapore, but needed to win and have other results go his way. The Dutchman was always going to struggle after starting eighth on the grid at the Marina Bay Street Circuit but he battled back from a slow start where he dropped to 13th to finish seventh. It means his world championship lead over Leclerc has been cut to 104 points ahead of next week’s Japanese Grand Prix. Perez is two points behind Leclerc. Verstappen will need to be 112 points ahead at the end of next Sunday’s race in Suzuka to retain his title. It means a win will be enough for Verstappen if Leclerc fails to finish second. Leclerc started on pole but had a sluggish getaway on intermediate tyres in the slippery conditions allowing Perez to reach the first corner in the lead. Sainz said he felt he could never threaten the front two after he crossed the line 7.7sec behind his teammate. Lewis Hamilton started third in his Mercedes and lost a place at the start before later slithering into a barrier and finishing ninth.