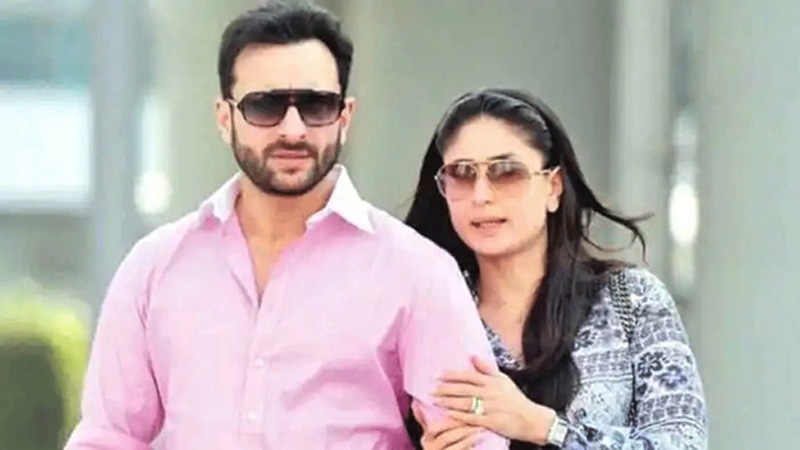 It’s celebration time for Kareena Kapoor and Saif Ali Khan. The couple recently bought a new Mercedez-Benz worth Rs 2 cr and paps caught glimpses of the auspicious coconut breaking ceremony. Their younger son Jehangir (called Jeh) got the first ride in the car with the nannies and a video shot by the shutterbugs has gone viral on social media. Just a few days ago, Saif and Kareena had bought a Jeep Wrangler (over ?60 lakh).

In the video, a casually-dressed Kareena unveils the car, as she holds Jeh. In the next part of the video, Jeh sits in the car and waves at the paps as the car drives by.

While many commented with hearts, others wrote that Jeh was ‘too cute for words’. “What a cute wave,” one fan wrote. “Congratulations, Saif and Kareena…” Some wondered whether it was in celebration of Saif’s recent film, Vikram Vedha, which just released. “Vikram Vedha ki khushi mein?” One wrote, “I love her baby sitter…so many years of responsibility and still goin on, stay blessed.”

While Vikram Vedha, starring Hrithik Roshan and Saif, has received positive reviews, the strong word-of-mouth has not translated into box office numbers, and the film is putting up a fight. The crime drama is also facing stiff competition from Mani Ratnam’s Ponniyin Selvan, which is already on the road to emerge as a blockbuster. On the other hand, Kareena Kapoor was last seen in Laal Singh Chaddha, which failed to perform at the box office. She also has Devotion Of Suspect X in the pipeline.