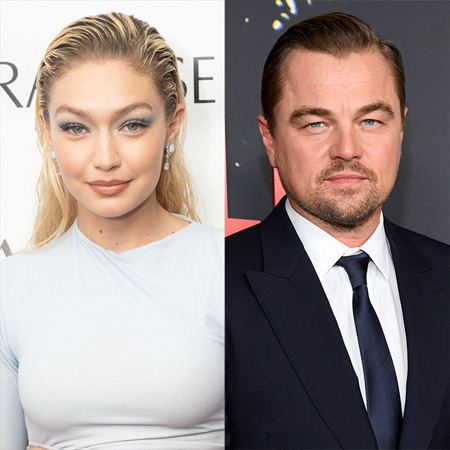 Despite trying to keep a low profile, rumored couple Leonardo DiCaprio and Gigi Hadid appear to be hanging during Paris Fashion Week.

Fresh off her runway appearance in the Messika fashion show, the supermodel was photographed returning to her hotel, the Royal Monceau on Sept. 29. That same night, the Oscar-winning actor-who split from longtime girlfriend Camila Morrone over the summer-was also photographed leaving the same luxury hotel before hitting a Paris nightclub.

Just two weeks earlier, the duo sparked romance rumors when they were spotted hanging out together in New York City. As the Daily Mail reported, Gigi, 27, and Leo, 47, stepped out for an event at Casa Cipriani during New York Fashion Week. Photos captured the duo leaning in close to each other as they tried to chat in the midst of the busy party.

While the two have yet to publicly address their relationship status, a source recently told E! News where the stars currently stand.

“Leo has been asking mutual friends about Gigi and wants to get to know her,” an insider close to the Don’t Look Up star explained in September. “They have hung out several times and he is interested.”

However, as the source notes, they’re not in an “exclusive” relationship.

“Gigi is having fun with it,” the insider says of model, who shares 2-year-old daughter Khai with ex Zayn Malik. “She is not interested in anything serious.”

Prior to the NYC sighting, another source close to Gigi told E! News, “Gigi and Leo have hung out multiple times and are into each other. Gigi thinks he’s a really cool guy.”