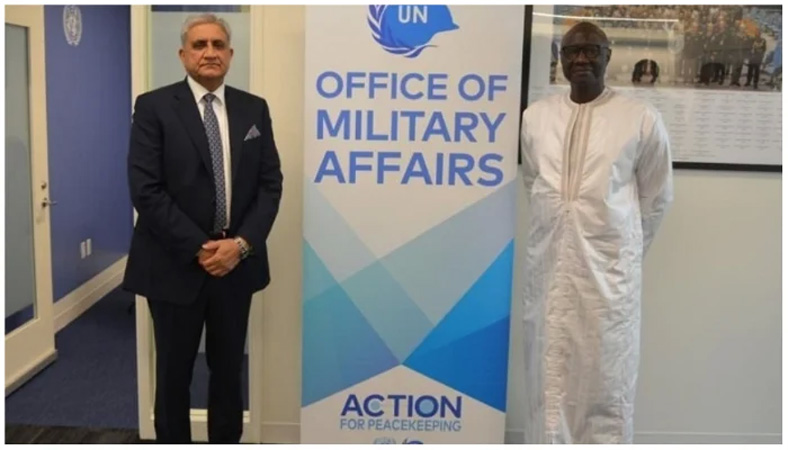 According to the military’s media wing, General Bajwa called on General Diop during an official visit to the US. During the meeting, the two discussed matters of mutual interest as well as the overall regional security situation in Pakistan, including the devastation caused by floods across the country. General Bajwa appreciated the role of the office of UN military advisor in promoting core UN values and their response during crises, said the ISPR. General Diop expressed his grief over the devastation caused by the floods in Pakistan due to climate change and offered sincere condolence to the victims’ families. According to the ISPR, the UN dignitary acknowledged Pakistan’s contribution to UN peacekeeping missions and “extraordinary achievements” in counter-terrorism. Earlier, the government decided to take an additional $600 million from the UN for rehabilitation and recovery from devastating floods. The UN has already provided $160 million but the grant was not considered enough in the face of the unprecedented devastation. After receiving the additional $600 million, the UN aid amount will reach $760 million in total. The UN has said that the number of people in need of help in flood-hit areas is much higher than what has been reported.

According to reports, the army chief reached the US on Friday for an almost week-long visit, which includes meetings with senior officials of the Biden administration.

Pakistani officials are also trying to secure a meeting between Gen Bajwa and US Secretary of State Antony Blinken. “It is very likely, but not confirmed yet,” the reports said.