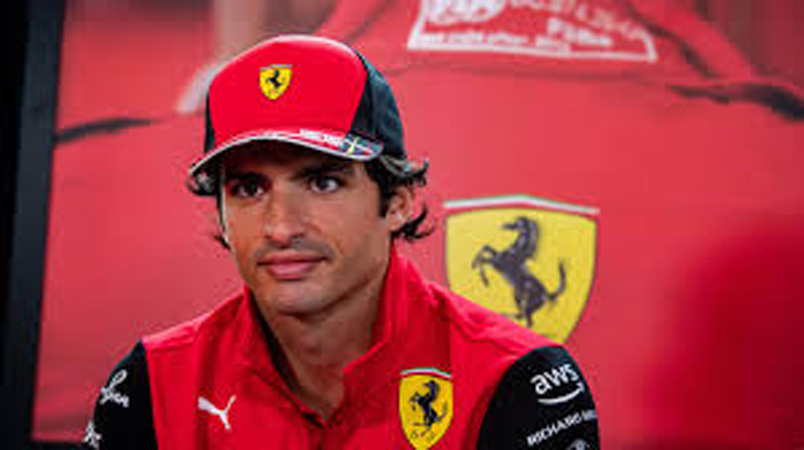 SINGAPORE: Carlos Sainz and Charles Leclerc powered their Ferraris to a one-two in second practice Friday for the Singapore Grand Prix, while runaway championship leader Max Verstappen and Red Bull struggled on Formula One’s return to Asia. The Dutchman celebrated his 25th birthday Friday with a cake in the Red Bull team hospitality before the first session, then spent most of the second in the garage with mechanics working on his front suspension set-up. Verstappen, who can retain his Formula One world championship with a race win on Sunday if other results go his way, did emerge late in the hour-long session for one qualifying simulation lap. His time of 1min 42.926sec was good enough only for fourth, 0.339sec behind Sainz who clocked 1:42.587 around the Marina Bay street circuit. Leclerc posted a time of 1:42.795, 0.208sec behind his teammate, and the Mercedes of George Russell was third at 1:42.911. Earlier Lewis Hamilton had sprung a surprise with the quickest time in the opening practice session of the first Singapore race weekend since 2019 because of the Covid pandemic.

It was the first time Hamilton had topped the timesheets this season, giving him hope of being able to score a first grand prix victory in 2022 and maintain his run of winning a race in every season since his 2007 debut. But the seven-time world champion later struggled with stability over the bumps and kerbs which caused him to run wide on the last corner of his final flying lap to leave him fifth, 0.595sec adrift of Sainz. The Singapore event is termed the most demanding on the calendar by drivers because of the nature of the street circuit, with 23 corners and around 91 gear changes a lap. Couple that with the heat and humidity of the tropical city-state and even Hamilton, who has won in Singapore four times, was suffering. Sixth fastest was Esteban Ocon’s Alpine, ahead of Alfa Romeo’s Valtteri Bottas. Spain’s Fernando Alonso, who will start a record 350th grand prix on Sunday, one more than Kimi Raikkonen’s previous all-time mark, was eighth fastest in his Alpine. Alex Albon was encouraged by completing two sessions in his Williams less than three weeks after appendicitis and complications from surgery. The British-born Thai driver was 16th fastest in both, a severe test of his fitness in the heat and humidity of Singapore. There was drama at the AlphaTauri garage when Pierre Gasly had to leap from his car with flames coming above his head. They were quickly extinguished by the pit crew and the Frenchman returned to the track a few minutes later unharmed.