Why Shelli Azoff missed her own tribute event in Beverly Hills 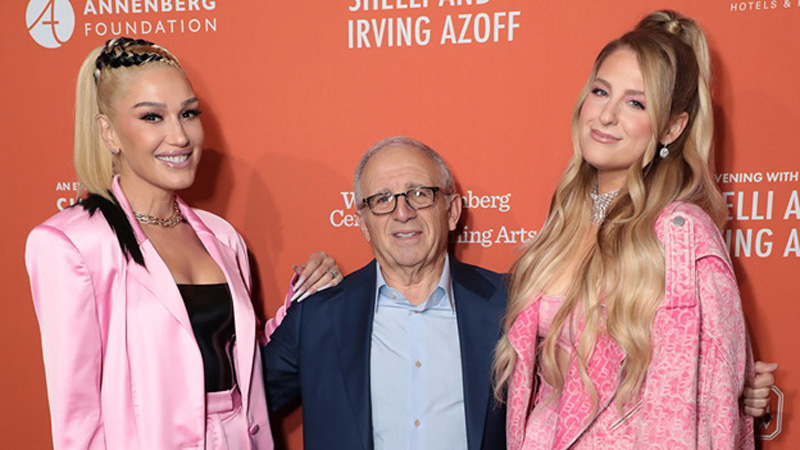 It seemed as if everyone was at the Wallis Annenberg Center for the Performing Arts on Sept.?21 to celebrate Irving and Shelli Azoff.

The only glaring absence? The co-honoree herself, Shelli Azoff, who came down with COVID-19.

“Let’s be honest. This is the most Shelli Azoff move of all time,” quipped Jenner onstage of her longtime friend. “She insisted that each and every one of you and me and him come here tonight, she tortures us about everything, we’re scared if we don’t come, we’re going to get in so much trouble,” Jenner said to the laughs from the starry crowd. “She’s devastated not to be here tonight, and so, I’m here, in here place, with the lovely Irving, who adores me anyway.”

What she missed was a heartfelt but often hilarious tribute that showed the scope of the Azoffs’ Hollywood circle, from Cameron Crowe to David Geffen (who both appeared by video). James Corden hosted the festivities with zingers about the couple including this wild one: “If you snorted cocaine off a CD case in the ’90s, Irving Azoff produced that CD,” joked Corden. “And if the cocaine was good, you got it from Shelli.”

Later in the night, Meghan Trainor, Stefani and John Fogerty performed and the foundation presented the couple with a piano decorated with original artwork commissioned by the Haas Brothers, which will be donated to an organization of their choice.

When all was said and done, the night raised $2.6 million for the Wallis Annenberg Center for the Performing Arts.