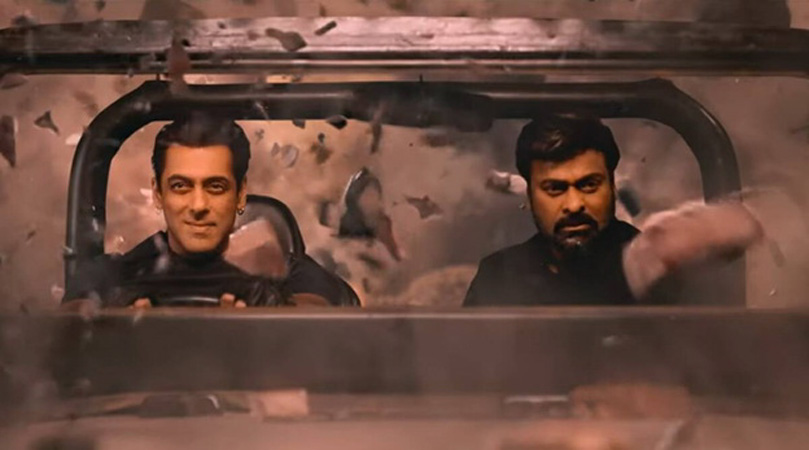 Telugu superstar Chiranjeevi was overzealous while making a speech at the pre-release event of his upcoming movie GodFather. The event was held in Rayalaseema’s Anantapur where it started to rain before Chiranjeevi’s closing speech. However, Chiranjeevi did not let the rain stop him from delivering his long speech. “I’m drenched in rain after a long time,” he said.

“I want to remind you that it rains whenever I come to Rayalaseema. I’m very surprised today. When I came here for political campaigning and to shoot a song for Indra, both the times it rained. I take today’s rain as a good omen,” said Chiranjeevi.

Chiranjeevi gave a lot of credit to his son Ram Charan, who has bankrolled GodFather under his home production banner, Konidela Production Company. He suggested that this project wouldn’t have been a reality without Charan.

“Ram Charan was the main reason for this film to happen. When I saw Lucifer, I felt that the movie was good and fresh. But, I also wondered who has the courage to make this film (in Telugu). Charan came forward and he told me that it was the right subject for my image. He was also the one who suggested the name of Mohan Raja to helm this project. The way Mohan has made this film will make us all proud,” added Chiranjeevi.

Chiranjeevi also heaped praise on Bollywood superstar Salman Khan, who will be seen in an extended cameo in GodFather. “When we were casting for the film, we were thinking about who would play my trusted lieutenant. We need a star like me. Mohan simply said, ‘What about Salman Khan?’ And I wondered is that so simple? Will Salman Khan agree to this? Again, Charan took responsibility and made just one phone call to Salman. When Charan called him, Salman asked just one question, ‘Did Chiru garu think I should play this role? If so, I will do the character.’ He didn’t even listen to the script he came directly to the sets. Thank you so much Sallu bhai, you have shown such love and affection towards us,” he recalled.

Chiranjeevi promised a lot of fireworks when Salman appears on the screen with him. “Salman Khan has taken the responsibility on my behalf to entertain you towards the climax. It has come out brilliantly,” he added. GodFather is due in cinemas on October 5.