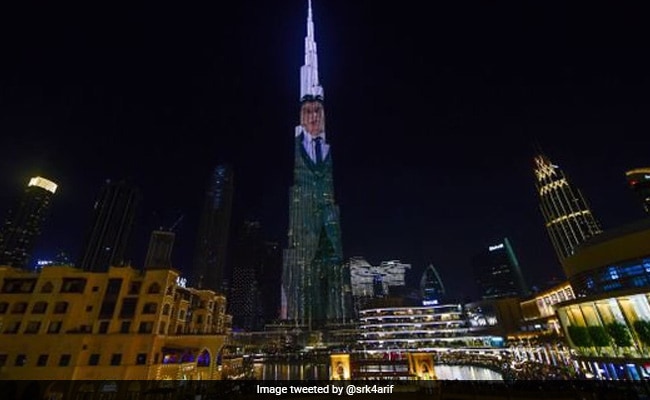 Shah Rukh Khan illuminated the screen on the world’s tallest building, the Burj Khalifa, on Wednesday to narrate the inspiring story of a UAE-based conglomerate owned by an NRI businessman. Burjeel Holdings, one of the largest providers of healthcare services in the UAE, launched an integrated brand campaign at the event.

Shah Rukh Khan represents the group that owns 39 hospitals and medical centres in the UAE and Oman under the Burjeel, Medeor, LLH, Lifecare, and Tajmeel brands.

In the campaign video that aired on Wednesday, the actor narrates the group’s inspiring history.

Shamsheer Vayalil, Chairman of Burjeel Holdings, said: “We are proud to launch the campaign with superstar Shah Rukh Khan that epitomizes the values we cherish. It symbolizes Burjeel Holdings’ ambition to become a global leader in healthcare based out of a country that has inspired the world with its fascinating growth story.”