Malala steps into film production, makes it to cover of Variety magazine 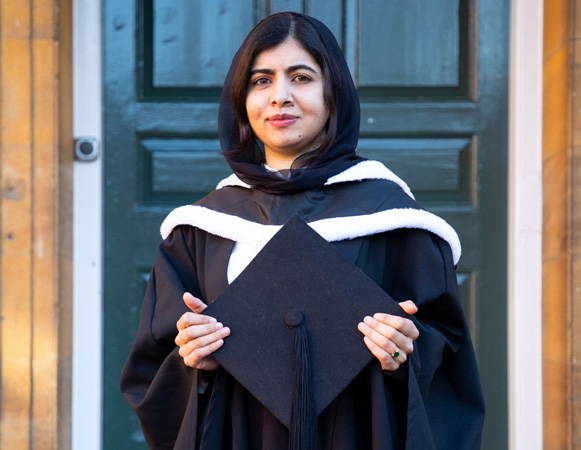 The Oxford University graduate Malala Yousafzai is all set to step into Hollywood as she’s launching her drama and film production house, ‘Extracurricular’.

Malala Yousafzai is among the creative leaders honoured for Variety’s 2022 Power of Women presented by Lifetime.

Malala has partnered with Apple TV+ and her first production is a feature film adaptation of Elaine Hsieh Chou’s book Disorientation. The second project is based on Asha Lemmie’s novel Fifty Words for Rain, about a woman’s search for acceptance in post-World War II Japan.

Malala, while talking to Variety said that she does not want to limit activism to working at NGOs alone.

She said, “I’ve been doing activism for more than a decade now, and I’ve realized that we shouldn’t limit activism to the work of NGOs only. There’s also the element of changing people’s minds and perspectives.” “You’re often told in Hollywood, that if one show about a person of colour is made, then that’s it, you don’t need to make another one. That needs to change.” The global activist said, “I watched Succession, Ted Lasso and Severance, where the leads are white people, including white men. I believe audiences should be able to watch shows that are made by people of colour and produced and directed by people of colour, with people of colour in the lead.”

She said, “That is possible and I’m going to make it happen.”