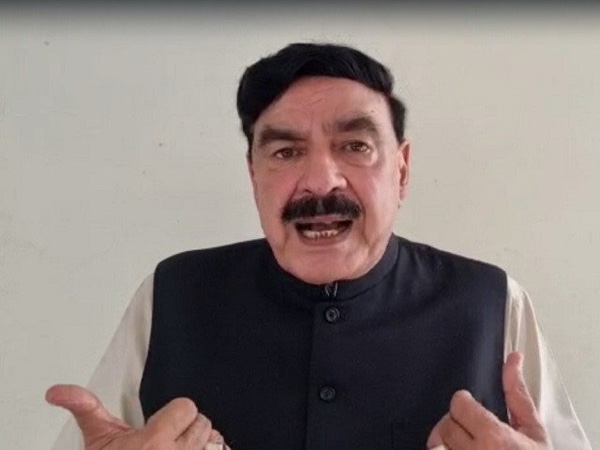 The Islamabad High Court (IHC) warned former interior Minister Sheikh Rashid Ahmed on Tuesday of imposing an exemplary fine on him if he approached the court regarding a political matter again.

The IHC Chief Justice Athar Minallah observed this while hearing the PTI-ally’s plea challenging the formation of a ‘heavy’ federal cabinet.

Sheikh Rashid had contended that the 72-member cabinet is a violation of Article 92(1) of the Constitution. The petition stated that the cabinet of Prime Minister Shehbaz Sharif includes 72 members, which include 34 federal ministers, seven state ministers, four advisers and 27 special assistants. He had requested the court to set aside the appointments of the PM’s aides that exceeds the prescribed limit.

IHC Chief Justice Athar Minallah took up the matter Tuesday and reprimanded the petitioner for “disrespecting” parliament, saying such a mindset has damaged the forum. At this, Sheikh Rashid’s counsel said that they have no other forum for this other than the IHC. The IHC chief justice remarked that elected representatives are in Parliament and the court will not interfere in its affairs.

“Did the petitioner publish the list of special assistants and advisers when he was in the government?” he asked. Justice Athar asked Sheikh Rasheed whether he ever visited Adiala Jail when he was the interior minister. “You have no idea what’s happening there.” “Sheikh Sahab, we respect you and do not demean parliament,” the IHC CJ said, adding that the court respects Parliament as well and does not interfere in the executive’s matters.

“You can come to us if your basic rights are affected, but not like this,” he reminded.

Justice Athar advised Sheikh Rashid to return to Parliament and fight his case as it is the biggest forum.

“Parliament makes the government accountable, why are you dragging court in this? We respect you and keep court away from political issues,” he said.