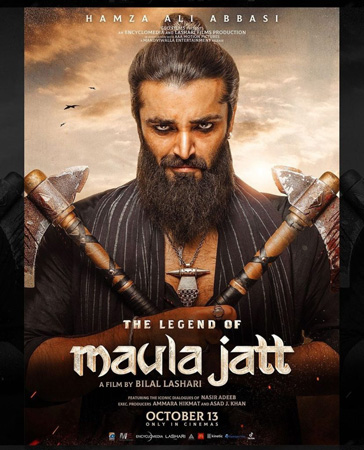 Pakistan’s much-awaited film The Legend of Maula Jatt is on its way, the star casts has been sharing their looks from the movie, recently singer Faris Shafi has also dropped his look. Shafi, taking it to the Instagram, shared his intense look from the new Punjabi-language film. He wrote: “Presenting @farishafi as #Mooda- Yaaran da Yaar tay Sab da Pyaar! #TheLegendOfMaulaJatt is coming to a cinema near you on the 13th October, 2022, worldwide.” The Legend of Maula Jatt is said to be the most-expensive film of the Pakistani industry directed by renowned filmmaker Bilal Lashari. The film features actors: Hamza Ali Abbasi, Fawad Khan, Mahira Khan, Humaima Malik, Gohar Rasheed. This film is also bringing in some well-known singers including; Faris Shafi and Ali Azmat. The Legend of Maula Jatt is a remake of the old classic Maula Jatt released in 1979. The film is set to be released worldwide on October 13.