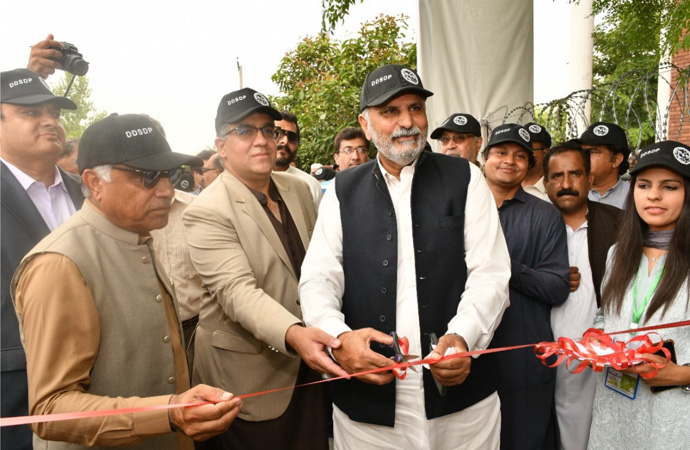 Minister for Agriculture Punjab, Syed Hussain Jahanian Gardezi has said that the Smart IoT Farm will help the farmers to get modern agricultural technology to increase the agricultural production.

He stated this at the inauguration of the Smart IoT Farm established at University Research Farm(URF), Koon of Pir Mehr Ali Shah Arid Agriculture University Rawalpindi (PMAS-AAUR), here on Saturday. The aim of establishing this Smart IoT Farm is to promote digital and precision agriculture at the National level so that the farmers will be aware of the needs of their crops in real time.

The provincial minister also indicated the allocation of funds for precision agriculture. Later, the provincial minister inaugurated the Smart IoT Farm and also reviewed the use of smart spray, drone technology, GNSS land leveling system, auto-steering technology, automatic irrigation system and other precision farming. While addressing, Prof. Dr. Qamar-uz-Zaman said that it is the need of the hour to strengthen industry-academia ties on promote modern agricultural technology for which agriculture scientists will have to make every effort to solve the problems of farmers. Precision agriculture will not only increase per acre production but will also help to eliminate poverty and also ensure food security. While highlighting precision agriculture he said that it can play dynamic role to tackle all the problem which are facing by the farmers by providing smart agriculture system to increase agriculture production.

Vice Chancellor also appreciated the efforts of the Prof. Dr. Jahanzeb Masud Cheema and Dr. Naveed Tahir for establishing Smart IoT Farm and hope that this farm will contribute to uplift the livelihood of small farmers. Prof. Dr. Iqrar Ahmad Khan stressed the need for adopting a more advanced approach to agriculture and said that modern technologies need to be promoted for precision agriculture and higher productivity. Dr. Syed Hussain Abidi and Dr. Abid Sulehri congratulated the PMAS-AAUR faculty and Vice Chancellor for establishing Smart IoT Farm which will allow agriculture production & business to be more profitable, efficient, safer and environment friendly.