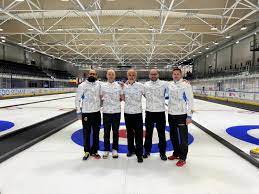 ISLAMABAD: Pakistani blind archer Tanveer Ahmed would feature in the Andorra International Open for VI Archery 2022 to be held at Barcelona from Thursday.

Ahmed left for Barcelona from Islamabad on Wednesday to participate in the Andorra International Open. “This will be first ever representation of any blind archer from Pakistan in Andorra Open,” Muhammad Ijaz, President Rawalpindi District Blind Archery Association told APP.

He said Ahmed was very talented and hopeful to win for the country in the championship. “We have high hopes from Ahmed that he will bag a medal in the Andorra International Open for the country. He is well trained and prepared for the mega event,” he said.

Ahmed, who was ranked No 2 in World VI Archery Rankings, had also won the first ever silver medal for the country, as well as for Asia, in the Visually Impaired Category of the World Archery Para Championship held at Dubai earlier this year.

He also clinched a bronze medal in the Para Archery World Ranking Event and European Cup 2022 at the Czech Republic held in July.