Queen of Mountains Murree has received 17 inches of snow in the last 24 hours with even more rains and snowfall expected tonight that will continue till Sunday, according to Pakistan Meteorological Department (PMD). As per the Pakistan Meteorological Department (PMD), Murree has received 32 inches of snow and 94 mm of rain since […] 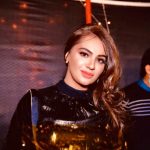 Despite being part of society where homemade and woman-made food is craved for, we have known our food industry to be a predominantly male realm. But recently, women are making a significant and much-needed impact in the industry, with restaurant owners and rare breeds like Gia inspiring the next generation of chefs, restaurateurs and entrepreneurs. […] 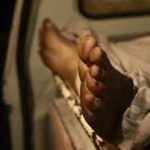 RAHIM YAR KHAN: A man killed a woman out in public in Rahim Yar Khan on Monday, after she refused his marriage proposal, a Daily Times correspondent reported. According to police, the suspect Muneer Ahmed is believed to be a relative of the deceased who wished to marry her. The deceased woman, Shamim, worked as […] 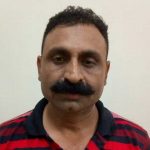 LAHORE: National Accountability Bureau (NAB) arrested Senior Head Officer(SHO)  from Punjab on charges of corruption. According to NAB, Nadeem Azam, SHO Barki station has been booked on charges of corruption and misappropriation. The accused, Nadeem Azam held a citizen, Nadeem Ahmad under solitary confinement illegally and extracted 30-lac as a bribe. The former SHO, who also […]