Disney tops Netflix on streaming subscribers, sets higher price. Walt Disney Co (DIS.N) edged past Netflix Inc (NFLX.O) with a total of 221 million streaming customers and announced it will increase prices for customers who want to watch Disney+ or Hulu without commercials. The media giant will raise the monthly cost of Disney+ without advertising […] 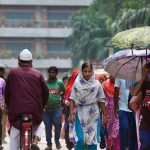 Bangladesh has asked the International Monetary Fund (IMF) to start negotiations for a loan, the finance minister told the Prothom Alo newspaper, while adding that the economy was “no way in trouble” Minister A.H.M. Mustafa Kamal told reporters. “A letter was sent to the IMF seeking assistance, but we have not mentioned how much we […]

Manchester City and Liverpool’s top-of-the-table Premier League clash on Sunday is a game that every player wants to be involved in, City midfielder Phil Foden said ahead of the highly anticipated encounter. The blockbuster showdown in Manchester will likely play a key role in deciding the outcome of the title race as a City victory […] 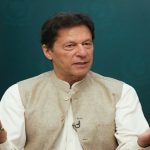 Prime Minister Imran Khan left for Moscow on Wednesday to push for the construction of a long-delayed, multi-billion-dollar gas pipeline to be built in collaboration with Russian companies, an official said. The prime minister’s trip to meet President Vladimir Putin and discuss issues including economic cooperation comes hours after a number of Western nations […] 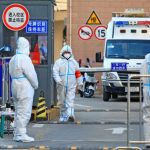 Xian in northwest China reported an increase in daily COVID-19 infections for Friday, and local companies curtailed activity as the country’s latest COVID-19 hot spot entered its third day of lockdown. The city of 13 million detected 75 domestically transmitted cases with confirmed symptoms for Friday, its highest daily count of the year and […]

Former Australia batsman Dean Jones died of a cardiac arrest on Thursday, Indian broadcaster Star India reported. He was 59. Jones, regarded as one of the finest batsmen of his generation, was part of Australia’s World Cup-winning team in 1987. He played 52 Tests and 164 one-day internationals in an international career that spanned 10 […]

A Buckingham Palace spokeswoman has said the Queen will not intervene to release Julian Assange, vowing to remain “non-political.” The statement seemingly confirms that Assange’s detention is a political, not criminal, matter. With WikiLeaks founder Assange holed up in HM Prison Belmarsh awaiting extradition to the US, activist Chris Lonsdale penned a letter to Queen […]