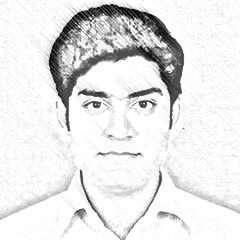 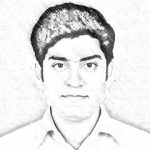 “Death strip” and “No man’s land” are the kind of names given to borders. Borders schemed at dividing people physically and ideologically symbolise an apparent disagreement in terms of social dynamics, political views or religion. The contest for the imposition of a particular ideology over a broader population prevails in the modern world. It is […] 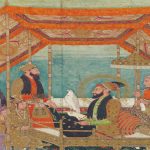 Around hundred and sixty years ago in India, an empire fell. An empire still remembered vividly, established right after the successful military invasion of Babur into India, endured for more than three centuries before it faced a downfall. Interestingly, the causes for it to enjoy a comparatively longer period of rule in the region and […]

A mellow and half-bald person sitting under a tree, contemplating in order to explain a phenomenon of nature is no longer the depiction of science these days. In fact, science has become something known to be truly portrayed by high-throughput computing, innumerable state of the art equipments engineered to consistently generate surfeits of data that […]

Recently, Crimean-Congo hemorrhagic fever (CCHF) broke out in various parts of Pakistan causing severe apprehension among the public and the government. The death toll has gone up to 19 in the whole country with 12 in Quetta, 5 in Karachi and 2 in Bahawalpur. To add to the fright, Eid-ul-Adha being near, the situation has […]

“I’m ready to pass the baton, and I know Hillary Clinton is going to take it”, were the words of President Barack Obama, endorsing the presidential elections’ candidate Hillary Clinton. Clinton’s campaign, at its pinnacle, in North Carolina not only fired up the crowd in Charlotte but also has lit a ray of prospect in […]

Despite an enduring sense of goodwill and buttress by the country’s majority, always backed up the religious groups, the past few months have been ignominious for the rightists in Pakistan and all the public succour seems to be dwindling down. Recent incidents have been immensely pitiful, whether related to the uncouth protest against Mumtaz Qadri […]