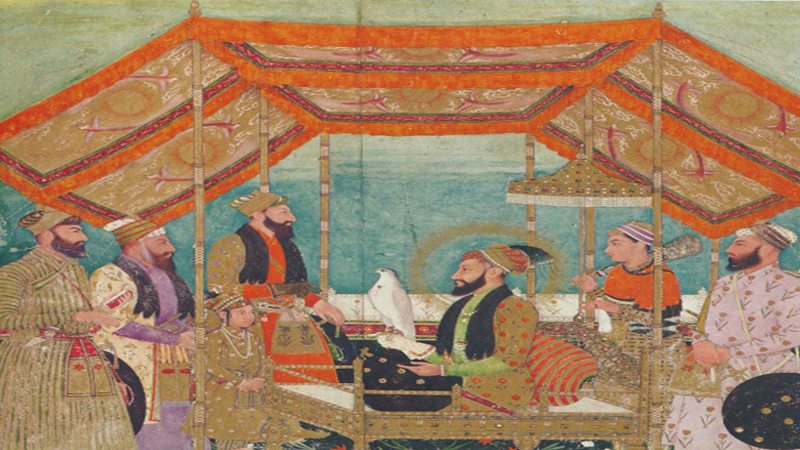 Around hundred and sixty years ago in India, an empire fell. An empire still remembered vividly, established right after the successful military invasion of Babur into India, endured for more than three centuries before it faced a downfall. Interestingly, the causes for it to enjoy a comparatively longer period of rule in the region and its tragic downfall are unique. Historians have been extensively investigating to seek insight into this intriguing case: how did the Mughal Empire with unprecedented majestic grandeur, organisation and might decline?

Before diving directly into examining the causes for its debacle, it is necessary to understand the reason for such long sustenance of the rule. Historians believe that despite the non-Indian origin of the Mughals, which initially made them unaware of the local traditions and social milieu, they were successful in building a strong administrative foundation with a clear foresight. This led to the survival of the empire, though not with the same splendour, under the feeble rule of the successors who were not only myopic but also were less capable .The last few emperors were killed, blinded, or exiled. Unlike many other rulers who had crucial reasons like military defeat, internal treachery, or natural calamity for being uprooted, there were myriad reasons for the downfall of the Mughal Empire. A snowball effect, once initiated with the economic weakening of the empire which ensued chaos. Paradoxically, factors like the strength of the army, and the Mughal sense of justice and equality, fell prey to themselves when the skies were rough.

The Mughal Empire is believed to have established on military strength, social justice and patronage for scholars and artisans. Each of these debilitated during the reign of later emperors, leading to weakening of the Empire. Religious extremism was never a trait of the Mughals. However, levying Jizya again during Aurangzeb’s reign in 1679 AD, after it was abolished by Akbar in 1564 AD, on the non-Muslim majority of India was enough to give them a sense of ostracisation, despite the fact that it became necessary to implement more taxes to run the Empire as it suffered bankruptcy during the end of Shah Jahan’s extravagant reign accompanied with Aurangzeb’s extensive military expeditions. Moreover, the Mughal economy, being agro-based, was gravely injured by the gradually deteriorating agriculture due to the exhaustion of most of the wealth and resources on the wars and architecture while staking the life of the peasants. The plummeting economy and apparent religious discrimination instigated treachery amongst the Hindus who were in the majority and had great military strength. This led to the consolidation of these military forces across India. With Aurangzeb’s health at the same time being not at its best, the Hindus had plans of taking over the throne, resulting in acute military confrontations in the significant parts of India. In addition, during this turmoil, scholars and intellectuals suffered ignorance which led to poor policy-making and weaker administration, another factor causing damage to the empire.

The increasing British influence in the form of the East India Company in India during the 18th century gradually made Mughals less popular among the downtrodden. With peasants already being unable to enjoy the fruits of Mughal economic, health and educational progress, the British coming with new ideas and technology were successful incaptivating a majority of the minds. Industrialisation seemed more promising and proved to be more profitable than agriculture and military service to the masses. Mughals’ ethnocentrism, accompanied by failure in adopting modern practices left them behind, with their overt dependence on the British for medicine or trade, depicted by examples like that of Dr Gabriel Boughton curing Jahanara Begum who was the eldest daughter of Shah Jahan, and the British expanding the web of their trade across India including Calcutta.

The practice of politics to bring to power the leaders who would, in turn, serve vested interests of specific groups has been the case for both the Mughals and Pakistani elite

The trend of polygamy and procreating a sizeable number of princes and princesses, increasing the number of possible heirs to the throne, was another unique factor leading to the Mughal downfall. As the successor had to be from the descendants of the king, the quest for the accession of power did no less than staging wars amongst them. In Annemarie Schimmel’s words, “Among the Mughals, the sabre decided succession”. Naturally, when wars were fought between contenders for kingship, different tribes and groups allied the one whom they deemed as a promising candidate solely for serving their vested interests. Likewise, this lobbying was also rooted in the court where politics was in practice. Everyone, wanting their favourite to be the next king, not only created dissonance among the people but also gave a chance to the power seekers to conspire against the emperor. Examining the case of Bahadur Shah I, one can well understand how this reason contributed to the decline of Mughals. Bahadur Shah had four sons, Jahandar Shah, Azimush Shan Mirza, Rafi-u-Shan Mirza and Khujaista Akhtar Jahan Shah. Shortly after the death of their father, they decided over the administration of land amongst themselves. Although they were able to determine over the area to govern, they could not meet consensus over the division of treasury. Three of them united to wage war against Azimush Shan, finally, forcing him to escape from the war, leading to his entire treasury in Bengal to be plundered in the twinkling of an eye.

Mughals once settled in the Indo-Gangetic plains became sanguine politically and militarily. Their will for constant development and keeping a hawk’s eye over the state affairs dwindled. They leaned towards luxury and pleasure which is evident while comparing the lifestyles of Babur and Jahangir, finding two antithetical mindsets.

History repeats itself and repeats many times. Years later, a state established in the same region as that of the Mughal Empire saw many political declines. A case of historic recurrence: the Islamic Republic of Pakistan with a democratic system of government, had the causes for political decline similar to those for the Mughals, possibly because the dynamics of the society on a macroscopic level remained conserved, and so remained the causes for several rises, falls, and premature transitions of governments. Assassinations of leaders being commonplace in both Pakistan and the Mughal Empire are one major cause. Pakistan, facing three military coups, whereby army defied the constitution exercised power against elected civilian governments.

Equally prevalent during the Mughal rule, military strength was the sole requisite for the right of ruling the state. Moreover, the practice of politics to bring to power the leaders who would, in turn, serve vested interests of specific groups has been the case for both Mughals and Pakistan. Interestingly, the progeny of the ruling elite foreseen as the future leaders is a common observation in Pakistan’s politics, an attribute of the Mughal monarchy. In this age, though we are not enjoying the same perks as enjoyed by the public during the Mughal era, we evidently seem to suffer similar pitfalls. A case of unpleasant convergence.