“Death strip” and “No man’s land” are the kind of names given to borders. Borders schemed at dividing people physically and ideologically symbolise an apparent disagreement in terms of social dynamics, political views or religion. The contest for the imposition of a particular ideology over a broader population prevails in the modern world. It is antithetical to the concept of diversity, despite it being the essence of worldly living. This motivation manifests misery by emanating jingoism upon coupling disagreement with the fervent desire of attaining physical and ideological supremacy over others. Ultimately leading to intolerance, such bigotry has become the root for traumatic tragedies in the past in the form of incidents like the Holocaust, atomic bombings of Hiroshima and Nagasaki, 9/11, and the 2014 Peshawar school massacre.

Once said by Charles Darwin, “Man with all his noble qualities still bears in his bodily frame the indelible stamp of his lowly origin”. Scientifically, nature demonstrates unity. All humans biologically originate from a single organism, are chemically composed of the same molecules, and in terms of physics are under the influence of the same laws. Thus the idea of superiority or inferiority is rendered null and void. Social sciences, quite similarly, maintain substantial evidence to indubitably prove the present appalling number of 7 billion to have originated from a handful of societies thriving thousands of years ago and consisting of no more than a scattering of people. This provides impetus to the concept that all humans tend to possess a set of political and social commons. Interestingly enough, there are no political or national boundaries for religion. And by no means, embracing a particular religion principally leads a person to reject another religion. Therefore, never resulting in cutting off a follower from his society. Similarly, art and artists know no bounds. Examples of artists visiting, working, and having huge fan bases across borders are commonplace. Pakistan and India, despite having turbulent political and military relations since independence have the highest rate of sharing various art forms and artists across border. Despite these factual notions, historically, man has had tendencies towards prejudice and dissension, and has vehemently chosen to hold on to his blinkered and myopic attitude.

Since the earliest of times, among the myriad of reasons for disputes and clashes, the basic one has been man’s enamor for logic

The origins of discord are not obscure and have traces in history. Since the earliest of times, among the myriad of reasons for disputes and clashes, the basic one is man’s enamor for logic which led to the consistent lack of focus on the emotional advances in his personal and social spheres of life. Success being appraised on the basis of material progress, materialism and urbanisation remained central. Amid the power-tussle and man’s race for being on the top, the culmination of emotional lapse led him to sway from his primary living principles which led to the loss of humanism, stemmed insecurity, and seeded intolerance. 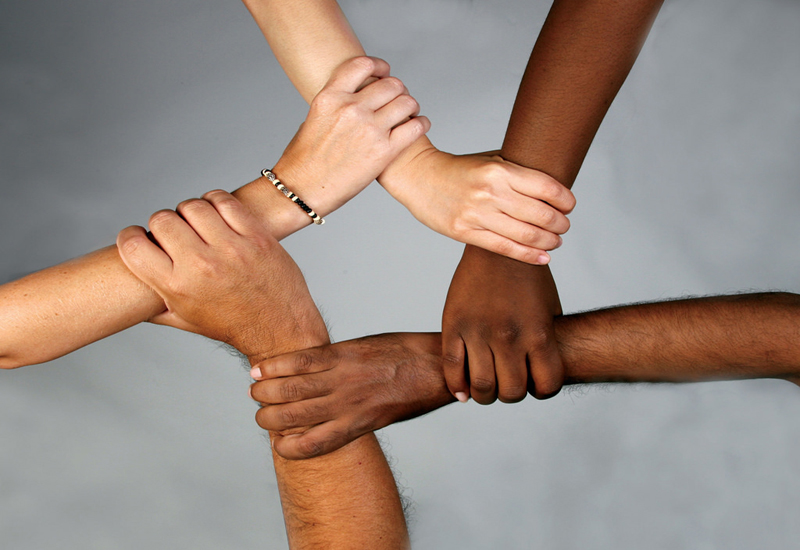 With the answers in history, the solution lies within nature around which our needs reverberate. The term intolerance seems antithetical to nature even if we tend to examine its basic unit. An ecosystem such as a forest for example, is a set of biotic and abiotic factors working and interacting together in a way to maintain homoeostasis with each factor contributing to the overall balance, harmony, and beauty. Within nature we find epitomes of mutualism, the fashion in which different species live together, tolerating and buttressing one another. An old strong tree giving physical support to feeble young vines, certain plants allowing bacteria to dwell inside their roots with both benefiting from each other, are ideal examples of coexistence. Taking inspiration from here, man needs to return to his existential basis, and rather than investing in weapons and and barbed wires, should work on bridging disparities.

Nature is dynamic, and the secret to its success is adaptability with the changing environment. In this era of global dependence, any state living in isolation and within borders is in sheer deprivation. It is pertinent to move beyond the traditional humanitarian efforts and stretch across borders political and diplomatic endeavors. With the increasing competition for resources among states and different societies, it is important to learn to coexist with the idea of planetary non-violence through stamping out exclusion, adapting to and developing better communication, improving trade relations and scientific exchange. As a result of such efforts, the fruits enjoyed would include a better share of global wealth, improvement in ethnic and gender equality, and enhanced strategies for tackling climate change. Therefore, resulting in global benefits from global efforts of thinking together for living together, which is the need of the hour.