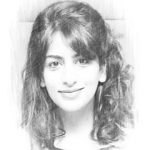 The perpetual rise in criminal activities is indicative of dangerous times ahead and a society that is classified as one where no one is safe. In Pakistan, there seems to be an alarming increase in cases of violent crime and much of it seems to be targeted against women and children. Despite what statistics inform […] 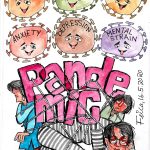 Whilst acknowledging that the impacts of COVID-19 have been enormous, both on men and women, it should also be noted that in times of pandemics, marginalised populations often get more negatively affected. Women happen to be one such group. However, the ways in which women get impacted more than often take a back seat and […] 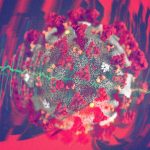 There is not a single one amongst us who has either directly or indirectly not been affected by the havoc Covid19 has played on the systems which help us function. Some affected more than others but essentially impacting our lives in ways which we were simply unaware and unprepared for. Undoubtedly, the effect across the […] 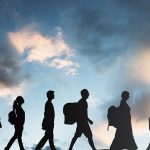 Today, many more regions of the world are involved in migration, either as sending or receiving societies. Migration is a transformative experience that more than often either separates or joins families. A population of one billion out of seven is estimated to be of immigrants. Migration has increasingly become a global phenomenon with movement based […]

The world has ushered into, what is broadly perceived as, the fourth industrial revolution characterised by a fusion of rapidly changing technologies; advances in artificial intelligence and cross-cultural interaction. Essentially growing out of the digital revolution, which is, nonetheless, considered a new era rather than a continuation of its predecessor, due to the speed of […]