Whilst acknowledging that the impacts of COVID-19 have been enormous, both on men and women, it should also be noted that in times of pandemics, marginalised populations often get more negatively affected. Women happen to be one such group. However, the ways in which women get impacted more than often take a back seat and their vulnerabilities are overlooked in difficult times. This is especially true in the context of South Asia where they are often least prepared for any kind of calamity. It is, nevertheless, crucial to understand that the impact on women vis-a-vis their mental well-being is often more severe and for a long-term during a crisis, in particular when hit with the global disaster of magnitude being currently experienced.

In the lockdown phase, abused women feel more vulnerable; feeling claustrophobic because their physical and psychological spaces have become restricted.

This is due to various social, cultural and economic factors combined with social distancing and isolation measures that have been put in practice. Owing to the primary and secondary impact of COVID-19, the impact is not solely limited to women’s physical health but even their emotional responses, which also face a compromise, are disregarded and made invisible. This is in addition to lost livelihoods and deteriorating financial statuses, which may be a consequence of the pandemic as women already face a wage gap. All this allows the suffering of women from multidimensional disparities, which is particularly significant as women represent half of the global population and contribute towards social and economic development. 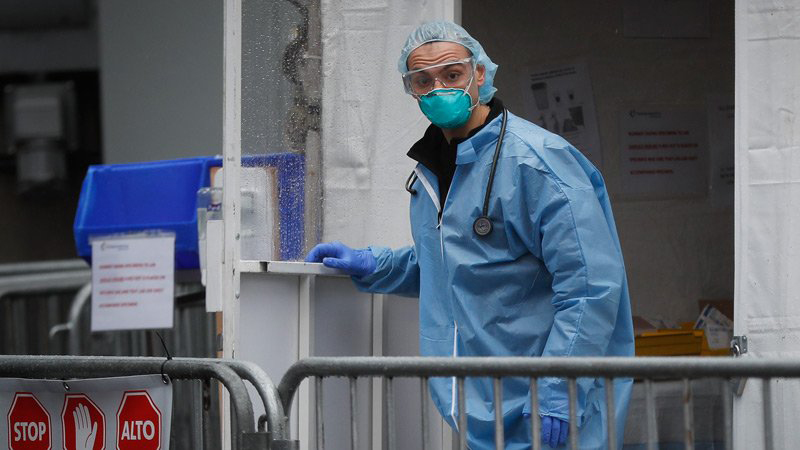 In terms of the impacts of COVID-19, it has been evaluated to be more significant upon women with less freedom and space. This is owing to their roles and responsibilities as caretakers of households, working from home and in hospitals. Therefore, they are more exposed in their fight against the virus. Female healthcare workers and their everyday experiences with trauma, when dealing with patients, seeing dead bodies, their fear of catching the disease or the process of sterilisation before meeting their family members mean that there are multiple routes to being psychologically affected. Also, lockdowns and confinement at homes are an additional stressor plus the domestic burden of chores and irritability amongst children make women active recipients of psychological pressure. The uncertainty and loss of the control give rise to further apprehension amongst women about not only stressing about themselves but also about other family members. They are already vulnerable while bearing the brunt of all the aforementioned and can have long-term consequences on their mental health. Thus, this should be mainstreamed in COVID-19 response policy.

In addition, in Pakistan, there is a lack of information on the extent that women are affected since there is no data to assess whether there has been a spike in the incidents of domestic violence and abuse since isolation measures have ensued. Incidents of violence are believed to be increasingly based on previous research. This is because men become frustrated while not being able to earn or fear redundancy and, therefore, take out their situational shortcomings on their female counterparts. The Lancet (2020) reported 24 cases while looking at the effects of quarantining and isolation and identified that what was most commonly found was emotional exhaustion, depression and outbursts.

In the lockdown phase, abused women feel more vulnerable; feeling claustrophobic because their physical and psychological spaces have become restricted. With both the abused and the abuser at home, it does not provide either of them with the boundaries of privacy. In isolation, one feels trapped, unable to consider options like going out or to their parents/ friends, which plays a big part in our collective society. The pandemic has, thus, limited opportunities of getting out. Women tend to be deprived of avenues and strategies of self-rehabilitation. With time, we might be looking at a second pandemic. The existing situation is dealing with the infected victims but people who are going to be psychologically affected as a result will duly come later. The pandemic will inevitably play havoc on the psychological well-being and mental health (which is also inextricably linked to economics) of women, which will, in turn, affect the coming generation. It is, thus, imperative that we prioritise women’s mental health, taking initial steps towards acknowledgement and then lead to changes in policy.

The author is a Research Associate at the Sustainable Development Policy Institute. She is a British-Pakistani with expertise in Gender Inequality and Victimization