Today, many more regions of the world are involved in migration, either as sending or receiving societies. Migration is a transformative experience that more than often either separates or joins families. A population of one billion out of seven is estimated to be of immigrants. Migration has increasingly become a global phenomenon with movement based on a wide array of factors signifying that there are possibly diverse challenges and opportunities emanating as a result of the relocation process.

Interestingly, 191 million international migrants were registered in 2005 out of which 94.5 million were women. As for forced migrations, in 2005, women represented half of the 12.7 million refugees around the world. The United Nations Department of Economic and Social Affairs in 2015specified that since nearly half of migrants are women it makes migration gender neutral. In all likelihood, more women migrate long distances presently as compared to in the past. Prior to 1990s, migration of women took place in the context of family groupings; nowadays, however, the migration dynamics are more linked to work.

Migration, in some cases, has expanded women’s rights and opportunities as they become economically empowered and contribute towards household incomes

Gender, of course, is central to understanding the causes, consequences and impact of migration, shaping every stage of the migration experience. Moreover, although gender influences who, why and how one migrates, migration also coincidently influences gender relations and behaviour. 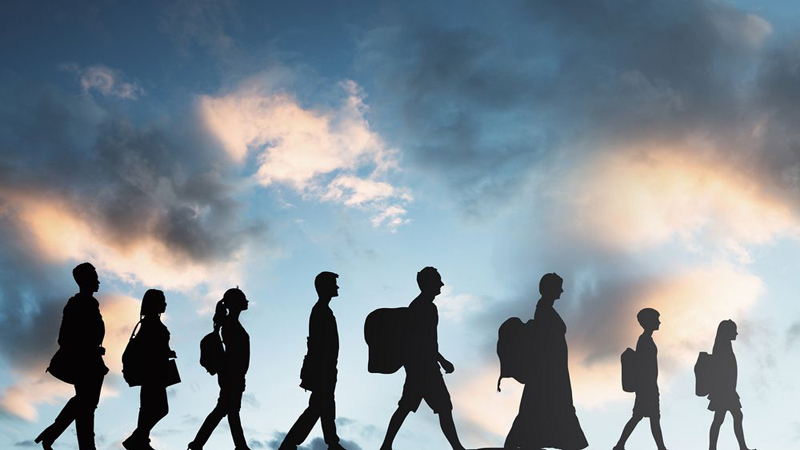 Migration, in some cases, has expanded women’s rights and opportunities as they become economically empowered and contribute towards household incomes. The Centre for Global Development shows evidence that women remit a higher proportion of their incomes than males despite earning less. It is also likely that the major proportion of income is received by women. Female labour contribution has been essential in meeting skills shortages around the care industry and health work, which are needed to sustain economies and communities. Increasing access to education, facilitating investment in real estate, improving their autonomy and standard of living, on average, it has been estimated that women send home nearly three quarters of their transfers used for local family’s daily and social needs.

On the contrary, increased feminised migration has meant that female immigrants often are required to work in informal and isolated situations, due to feminine positions such as in health care and domestic work. Highest numbers of female workers are found in menial occupations or at lower levels of professional hierarchies, placing them in insecure and unofficial sectors. Migrant women are thus particularly vulnerable to exploitation, abuse and violence. Subjected to unsafe working conditions and sex trade, clandestine migrants represent the third biggest source of illicit revenue after the arms and drugs industry. In some cases, employees have their passport taken on arrival, making them dependent on the employer, many of whom pay no or low wages and keep them in captivity. Without means of seeking help, they have to work long hours. Some of the displaced also fall victim to rape and forced pregnancies.

Unfortunately, legislation and policies concerning migration rarely take into account the relevant problems encountered by migrant women. That is because statistics are scarce and incomplete, suggesting the use of evidence based on intervention across all dimensions required to ease the process, establish safe migration channels and equal access to basic services, for both migrant women and men. Laws should ensure that workplaces are safe, fair wages are given, and rights to permanent residency, family unification and options for citizenship are offered. There are emotional and financial impacts that vary between women and men and should ideally be addressed in a manner that takes into account the relevant context and person. Interventions need to be comprehensive at all levels, involving multiple actors and stakeholders-governments, trade unions, civil society, and female migrant organisations-to facilitate the process of acculturation through a gender lens.

Limiting women’s mobility rarely helps in achieving their individual or family’s life goals. Although migration positively contributes to development of places of origin, transit and destination, it only happens if the necessary framework and conditions are in place, accounting for the diversity of experiences both women and men encounter. Therefore, policies that make safe migration possible and those preventing exploitation should be designed for implementation. A gender-responsive migrant centred approach in development programmes need to be undertaken as a basis for intervention before, during and after the migration cycle for not only those immigrating but also their loved ones left behind.

Views expressed by the writer are her own and do not necessarily reflect SDPI’s official stance.

The writer is a research associate at SDPI