RAMADAN : Ramadan is one of the holistic nine month of Islamic year.  It is also one of the Fifth pillar of Islam. Ramadan is a holy month of fasting, introspection and prayer for Muslims, the followers of Islam. This means that Muslims fast each day over this month for approximately 18 hours per day.  It […] 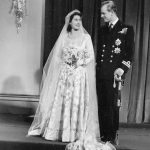 Prince Philip He was born in Greece, but his family was exiled from the country when he was eighteen months old. After being educated in France, Germany and the United Kingdom, he joined the British Royal Navy in 1939, aged 18. From July 1939, he began corresponding with the thirteen-year-old Princess Elizabeth, whom he had first […]