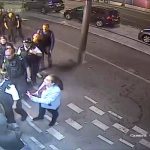 LONDON: A British-Pakistan has accused officers of the Metropolitan Police as well as Immigration and Newham Council officials of a “campaign of discrimination, harassment, and persecution”. Iqbal Sethi’s troubles started on September 19 last year when a joint team of police, immigration, and local council officials conducted a raid at Jhankaar — a club owned […]

The world should strongly react to the situation in Kashmir and ask for boycott, divestment and sanctions against all those Indian companies which are complicit to the war crimes by the occupation forces in the held state. This was stated by Sabur Ali Sayyid while talking to the News International about the need and response […]