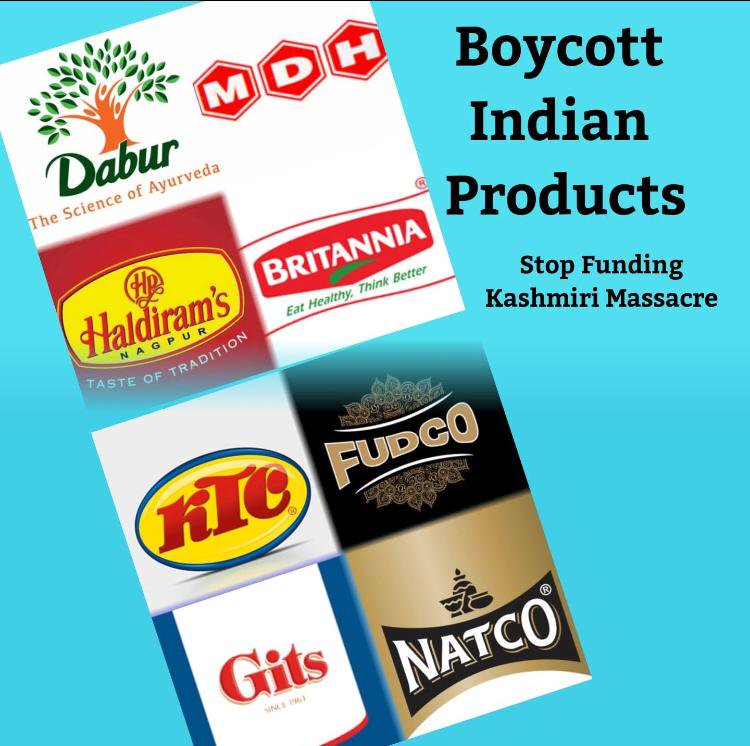 The world should strongly react to the situation in Kashmir and ask for boycott, divestment and sanctions against all those Indian companies which are complicit to the war crimes by the occupation forces in the held state.

This was stated by Sabur Ali Sayyid while talking to the News International about the need and response to a global campaign launched by a coalition of civil society organizations and human rights activists to support freedom struggle in Kashmir. The campaign, known as BDS4Kashmir, takes its inspiration from the heroic struggle of Africans and Palestinians and urges upon the world at large to boycott Indian products and companies that profit from the brutalization of Kashmiri people. It also encourages staying away from Indian sporting, cultural and academic institutions which attempt to normalize the occupation of Kashmir in different manners.

Furthermore, BDS4Kashmir, impresses upon all individuals and business giants to pull out their investment from the companies in India as a token of their protest to their complicit support to torture and repression in Kashmir. It believes in the imposition of sanctions against such Indian companies should they not stop supporting those following a fascist policy in Kashmir.

With Kashmir Civitas as a key partner, BDS4Kashmir has already launched its website in English, Turkish, Arabic and Chinse languages, besides using other social media tools quite effectively to get the message across. Many national and international celebrates have already expressed unconditional support to it.

While talking about future plans, head of the campaign Sabur Ali Sayyid revealed that BDS4Kashmir is developing a close partnership with different likeminded organizations the world over and plans to hold a series of sustained activities in several countries including UK and America to establish a direct contact with people concerned about human rights violations and repression in Kashmir.

In the follow up to two recently released songs on the Kashmir movement by Turkish and Pakistani singers together, BDS4Kashmir and Kashmir Civitas are set release a new song also, featuring a renowned Amirian vocalist.