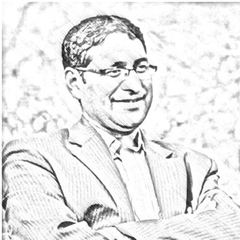 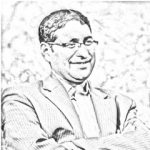 Federal Minister for Aviation stated in the National Assembly that 141 pilots held suspicious licenses and were not qualified enough to fly an aeroplane. This indicated an institutional decay. The Minister further added that 262 pilots were never trained by aviation trainers and had paid money to get licenses. Pakistan has a total of 860 […] 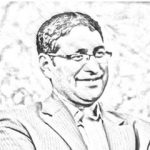 The Pakistan Tehreek-i-Insaf (PTI) was the first political party to cash in on the youth vote bank in Pakistan in the 2013 general elections raising the hope of the youth to get due share in the national economy and budgetary allocation but it hardly felt need to present youth friendly budget in 2019-20 and 2020-21. […]

Nature gives unlimited opportunities to everyone but how many of us understand the nature is very limited. COVID-19 has brought in a disaster to the economy and people, but it also generated several opportunities that Pakistan missed due to limited vision and poor governance. Although it is uncomfortable for almost every Pakistani to be self-disciplined, […]

Business entrepreneurship is encouraged in technological advance societies, but it is highly discouraged, generally in the developing world and particularly in Pakistan. Starting from Bill Gates to Warren Buffett, Steve Jobs, Mark Zuckerberg and every entrepreneur becomes an icon in their country of origin initially and then a symbol of success in the world. However, […]

Apartheid was neither and nor is limited to South African white regime, but it is equally visible in the Pakistani society. Apartheid was a system, mainly associated with the segregation of white (superior race), black (unfortunately inferior), colors and Asians. It was also segregation of governance, political roles and economic resources. While were rulers and […]

Prime Minister Imran Khan spoke about Kashmir during his speech in the United Nations General Assembly, but the world kept its eyes closed because they hardly understood the sensitivity of the issue. Especially, the West, which, despite being powerful and able to play a decisive role, considers Kashmir a territorial dispute, not a human right […]

Speeding is a thrill, especially in young age, but it kills. It is one of the key factors for road accidents, leading to serious injury or death of passengers. According to WHO Report 2018, 27,582 people die every year due to road crashes, and 14 percent of all crashes that result in death are due […]

Idle youth is a serious burden to any nation. Pakistan have 64% of youth that they have less than 30 years of age while 29% youth is between 15-29 years of age. This population is illiterate, semi-literate, and unskilled and many of them are working as manual laborers. Some of these young are engaged in […]