Speeding is a thrill, especially in young age, but it kills. It is one of the key factors for road accidents, leading to serious injury or death of passengers. According to WHO Report 2018, 27,582 people die every year due to road crashes, and 14 percent of all crashes that result in death are due to speeding. Pedestrians are 90 percent prone to injuries if struck by a vehicle moving at 45kilometres per hour but they still have a 50 percent chance of survival. They have almost no chance of survival in case of getting knocked by an automobile moving at the speed of 80 kilometres per hour. 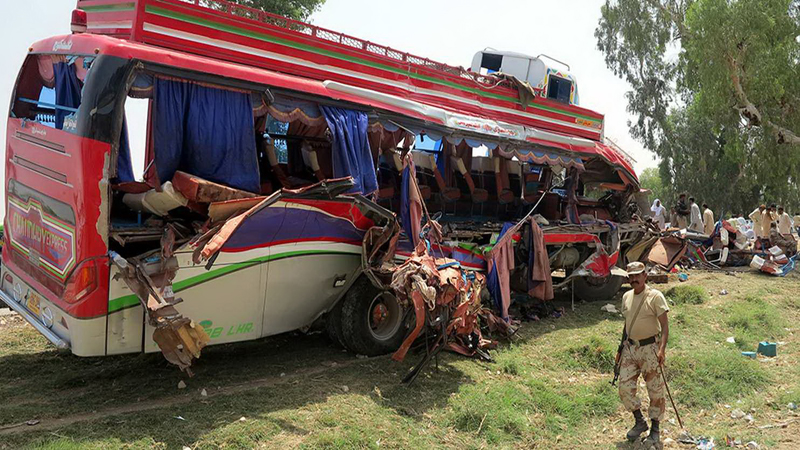 Government does not take road safety as a serious public health issue or wastage of economic resources and loss of human lives. There are, resultantly, minor and negligible penalties on traffic violations. The penalty for breaking traffic rules is charging of fine. The fine for exceeding the speed limit in Pakistan for motorcycle is PKR 200 and PKR 500 for a car, as per the National Highway Safety Ordinance 2000. Whereas in the United Kingdom, the fine for the same violation is £100 and three penalty points added to the licence of the perpetrator; the limit of these points is 12. Exceeding the limit results in the cancellation of licence.

Nobody dares to drive a car without a licence in the United Kingdom and elsewhere in the developed world. However, in Pakistan we have less than five percent licensed drivers. Those drivers who hold a licence, hardly two percent of them have learnt driving from a driving centre or a driving training school. About three percent of drivers learn driving from a relative, friend or a family member. It means that they do not have adequate skills of driving, and they often engage in speeding without knowing the fatal consequences.

According to WHO Report 2018, 27,582 people die every year due to road crashes, and 14 percent of all crashes that result in death are due to speeding

It is often observed that drivers overtake a vehicle from the left, which is a violation of law, but they are compelled to overtake because they are not left with a chance to overtake from the right lane. In the right lane, drivers generally drive slowly because they never learnt that it is a violation of law. If a driver overtakes from the left and the vehicle is in speed, often it leads to fatal road crashes. The fine on speeding is very minor, and therefore, drivers do not care about traffic rules and violate them.

Most of the traffic police seem to be least bothered to manage the roads as drivers quarrel with them, and they do not want to be beaten by rule violators. The result is chaos on the roads. Drivers become very dangerous on the roads. They do not care about their own life, and they also put in danger their fellow citizens.

Everyone seems to be happy with the speed thrill and violating the law. Some youngsters motivate other fellows to enjoy the thrill of speed, and are often engaged in fatal crashes.

Pakistani vehicles are minimally equipped with the modern technology of vehicle safety. Most vehicles do not have good airbags, Anti-lock Braking System, Electronic Brake force Distribution system, early warning system, or even seatbelts for all passengers in new vehicles. The worst are the old vehicles with zero safety. The worst situation is with motorcycles that are without nightlights; they rarely use indicators while driving a motorcycle. Although there is a Vehicle Maintenance Ordinance 1965, it is hardly practised.

Everyone is aware of road hazards, consequences of rash driving and road rage, but nobody takes any of that seriously in Pakistan. Road hazards are considered as unimportant issues in the national policy of the country. Unfortunately, decision-makers make decisions from the comfort of an armchair and are least bothered about the fact that people are dying on our roads. They may be well aware that the simple act of reducing speed limit in urban areas from 80 kilometres per hour to 50kilometres per hour will go a long way in saving human lives in Pakistan, as it already does in the developed countries.