The Pakistan Tehreek-i-Insaf (PTI) was the first political party to cash in on the youth vote bank in Pakistan in the 2013 general elections raising the hope of the youth to get due share in the national economy and budgetary allocation but it hardly felt need to present youth friendly budget in 2019-20 and 2020-21. The country has 64% of the youth population below 30 years of age but the budget contribution is only Rs2 billion that is extremely low for the youth due to a huge population. Between the age group 20-24 years, the country has 9.7 million male and 9.1 million females and 18.8 million in total as per Population Council estimates. This age group is in dire need of education and employment and to manage their livings with decency. If we calculate the budgetary allocation Rs2 billion on 18.8 million youth population, we get 106 rupees per person for the year 2020-21. This is an amount which is allocated for a year and hardly a person can buy peanuts for a single time. With this amount, the staff salaries and a few loans may be provided to the youth. It is also not clear how this amount would be used, and which kind of initiatives would be financed. Although slogans of youth empowerment were raised by the ruling party but when it comes to the budgetary allocation, priorities changed. I am not sure about the youth reaction and manifestation about this budget, but it seems the dreams and hopes of the youth are broken. 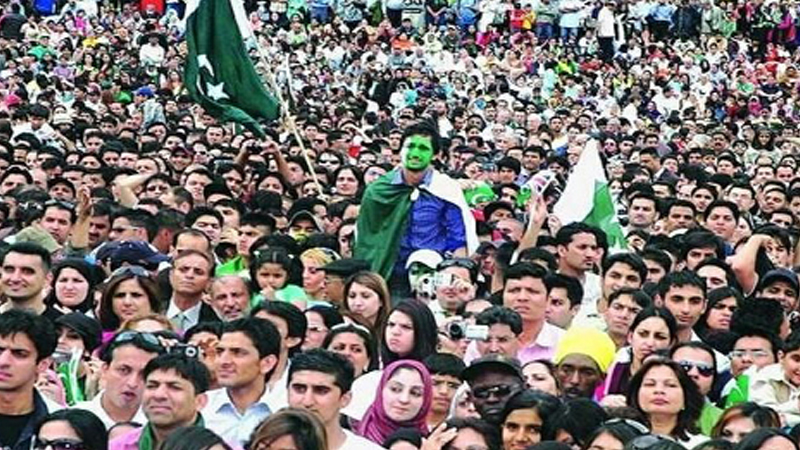 During the previous regime, the budgetary allocation was not an ideal either who allocated up to 22 billion in 2018-19.  However, this amount was slightly higher, and each young person got 1170 rupees for the year 2018. In my view, this amount was also peanuts, but several initiatives were taken which were according to the needs of the youth. Previous regime started internship programs, provided laptops (though with low quality) and granted some loans to the youth. We did not find any significant contribution out of that budget too but they were some steps to youth engagement and empowerment. The laptop was an important initiative and it can be used in the online classes during the Covid-19 crisis. Similarly, the internship gave a window of opportunity to get employment. Nonetheless, there were very limited opportunities of the youth engagement during the previous government tenure.

The results of the low youth budgetary allocation can be seen in coming years. A young person is always full of energy to get education, skills and contribute to the economy, but if one does not have opportunities, what will they do? They have another option to be vagabond and engage in antisocial activities. They may get engaged in drug addiction to relax and come out of the crisis through artificial means for a certain period. For drugs, they need money. To get money, the natural direction is deviance and criminality if no legal means and ways are available and even to live by. Thus, we can foresee that youth may get engaged in robbery, burglary and theft crimes for their survival. They can become easy prey of the anti-state and society element.

If the youth is not engaged, they would be an easy target of the fifth-generation war. We can see some trends of this kind of mobilization on social media while comparing and highlighting the budget 2020-21. Later, we may have a high level of street crimes not only in the street of urban centers but also in small towns and villages will not be an exception. The youth is a resource for a country with engagement and it may turn to be a liability sitting idle. High level criminality will provide a logic to allocate money to the police to control the crime. May be proposals will popup to establish a new security force (like Dolphin Force in Lahore) to control the street crimes. In case this kind of force is established, the force may later turn on to be a white elephant while demanding more and more resources for functioning and controlling crimes. A vicious cycle of miseries for the society, state and as well as youth is expected. Historically, we have experienced the street crime culture in Karachi for decades, but we never realized to address the root cause. Thus, Karachi has experienced bloodshed in the last three decades but unfortunately the Government of Pakistan did not learn from mistakes.

This is high time for the Government of Pakistan and provinces to realize and invest in the youth to get rid from the vicious cycle of miseries and street crimes due to the low engagement of the youth population. They should allocate a reasonable budget to the young population and invest very carefully. They should start new initiatives to engage and empower the young population and make them an asset of the country. They should invest to promote entrepreneurship and it can be a fresh blood to the national exchequer. These youth led initiatives will not only generate revenue, but they may be able to engage fellow youth in terms of employment and engage them in healthy activities. Government should promote internship programs and launch programs to build capacity and develop high skill manpower. They should encourage the private sector to promote internships and to engage the youth. The youth should also demand from the Government to increase their share in the national budget. This is their legitimate right to get education and employment with dignified means.

Youth is a valuable resource if it is perceived as an asset. It may, however, become liability if ignored. The Government of Pakistan should invest on the youth to make an effort to engage in economic productivity.

The writer is Chairman, Department of Sociology at Quaid-i-Azam University Islamabad