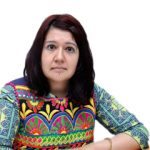 His Imminence shall go to the ball. Not only is he its rightful belle — he has spent the last five years so very carefully filling out his dance card. Admittedly, he did get hitched a couple of times in the meanwhile; idling away the years as he waited patiently for his heart’s desire. His […]

Sitting with a group of women, some known others not, for a rare London meet-up in Lahore, I was surprised by the sudden turn in conversation. They were scandalised. And not in that understated way that invites mere tutting for dramatic effect. No, this was the real deal. A young Lahori woman in their circle, […]

We were just eight-years-old. But we all knew who the grocer’s daughter was. Even the boys did. Feeling terribly important, we divided ourselves into small groups as our eyes scanned the classroom for our huddled prey. These being the last days of Spring might have meant that we were cooped up inside for a few […]

There I was flumped on the sofa, having just returned to Wuhan after a summer spent backpacking around southeast Asia. I was trying to rouse myself to go over lesson plans for next semester’s teaching courses. This was before cats. Naturally. The phone in the shared corridor began ringing. It was one of the other […]

My parents didn’t tell me what was going on. Trying to hide the precariousness of our situation, they did their best to turn it into a game. It didn’t work. A flash of memory here. A recollection there. The inside of an empty flat. All glass windows and darkness flooding in from the cold outside. […]

Enoch Powell. How that sorry gentleman must be turning in his grave. To think that some fifty years after his seminal Rivers of Blood speech his own party has shown such audacity. In appointing this son of an immigrant to one of the Great Offices of State. Has history taught them nothing. It would appear […]

The gentleman in question rather reckoned himself. Swanning around the newsroom as if he were ‘it’. He was, in fact, one of those chaps who enjoyed a bit of banter. Particularly with female colleagues. A most brilliant disguise. His reputation was well deserved. From the literally toe-curling sessions with interns in his office to the […]

It is hard to believe that it all happened 15 years ago. For that evening, sitting at my cousin Nina’s house in the English countryside, was the night that I came to truly understand that hate can also make the world go round. Yet as we all huddled round the television set, none of us […]

The first night at my flat in Wuhan was marred by Roger and the case of his underpants. We had heard about him from a fellow volunteer who had the misfortune of sharing a hotel room for the duration of our in-country induction training in Xi’an; the home of the terracotta warriors. Roger was that […]

There was a buzz of activity in our house. All over a book. I saw it lying there on the sofa. Without a jacket and quite possibly dull blue. This may have had something to do with it being from a library that no longer wanted it returned. That both my parents were discussing it […] 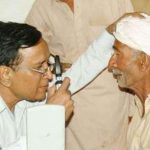 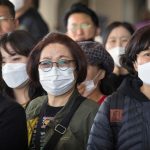 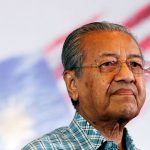