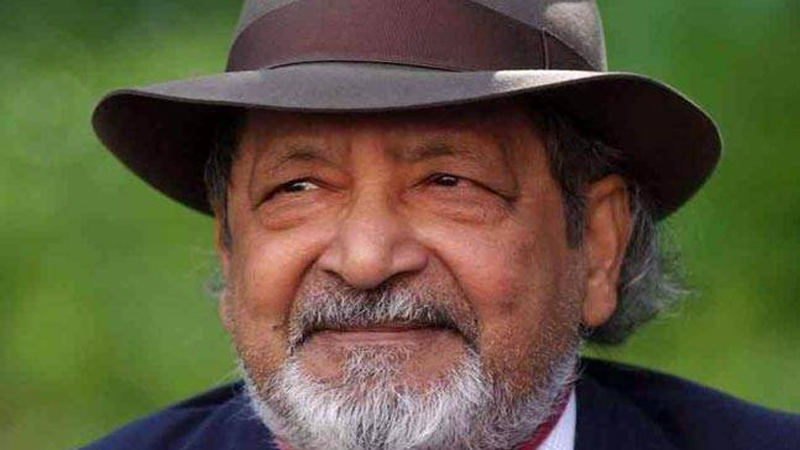 Sir Vidiadhar Surajprasad Naipaul was undoubtedly one of literature’s greats. That he enjoyed such an illustrious career ought to be a matter of pride for the Global South. Not least because it brought with it an authentic tale of success in the face of an ever-changing and, at times, inhospitable world.

VS Naipaul was born to Indian parents in Trinidad in 1932. His father Seepersad, a man of humble beginnings, was a struggling writer; before finding his niche as a full-time reporter for the Trinidad Guardian. Indeed, his story was retold in his son’s critically-acclaimed novel, A House for Mr Biswas (1961).

Yet Naipaul junior saw no future in Trinidad; apart from what he would later describe as the pure gold; referring to the wealth of characters, intrigues and even sense of societal defeat that the country held up. In short, the hard currency that every writer chases; particularly those who firmly believe that their home country will never be known for anything of great repute. Which is why he got out as soon as was feasibly possible; swapping the West Indies for the colonial motherland of Britain

Though Trinidad did, of course, produce him and a career spanning half a century, comprising some 29 books; fiction and non-fiction alike. Along the way were the world’s most prestigious literary awards. The Nobel Prize for Literature came calling in 2001. Ostensibly, to reward Naipaul “for having united perceptive narrative and incorruptible scrutiny in works that compel us to see the presence of suppressed histories”. Indeed, it was not without reason that he secured the mantle of being the first modern global writer. His vast body of work is scattered with concurrent themes such as: imperialism, freedom, emergent nationalisms, religion, revolution, fundamentalism and the colonial mentality.

Despite this, many from the developed world were and remain contemptuous of Naipaul’s treatment of these very subjects. For one, there was the misogyny. By his own admission, Vidia was a “great prostitute man”; a moniker significantly at odds with all notions of liberty. Added to this were charges of suffering internalised white supremacy, played out by using “castrated satire” to deliberately malign the subjects of the European colonial project. And it is true, Naipaul did famously call India a “slave society” while concluding that Africa had no future. Thereby prompting fellow Trinidadian writer CLR James to accuse his compatriot with penning “what the whites want to say but dare not”.

Yet there were few better positioned than Vidia to explore identity politics; in all its brutal ugliness. After all, the “barefoot colonial”, as he liked to call himself, was perhaps at home nowhere but within the pages of his novels. For he was a man of Indian immigrant ancestry who had grown up in the rural Trinidad before setting off for Oxford university and upper crust English society. And even as he found work at the BBC, this did not render him immune from the hostilities borne of the fall of Empire. In the end, great literature has a way overshadowing the mere mortals who create it. For in the words of VS Naipaul himself: the world is what it is.