In a letter to his pupil and close friend Munshi Har Gopal Tufta, the great poet and mystic Mirza Ghalib wrote, “I hold all mankind to be my kin and look upon all men — Muslim, Hindu, Christian — as my brothers, no matter what others may think.” With recent celebrations for Ghalib’s 220th birthday […] 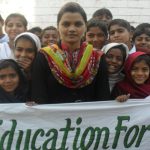 Pakistan’s countless flesh and blood victims of the seemingly unstoppable terrorist juggernaut rarely make international headlines. Obscured by the mainstream news narrative, the image of Pakistan which emerges hardly takes into account the extent of the loss, injury, and trauma endured by people on an all too frequent basis. From recent terrorist attacks in Lahore […]

Born in Karachi in 1936, the story of internationally-renowned lawyer Ali Afridi in many ways mirrors that of Pakistan’s first generation of professionals. He belongs to a generation that spent their formative years under colonial rule and applied their experiences to building a new nation. At the time of partition, Ali Afridi was in boarding […]

While observers of Zimbabwe’s recent political transition focused on the role of former President Robert Mugabe’s wife, Grace Mugabe, in his downfall, some longtime Mugabe associates noted that his first wife, Sally, may have played a much larger, more positive role for Zimbabwe. Sally died in 1992 when she was 60-years-old but remains adored by […]

As hostilities continue to define relations between Pakistan and India, perhaps it is time to remember how much both countries share with a focus on what brings them together rather than what keeps them apart. November 7th marked the 155th death anniversary of famed poet, mystic and the last Mughal Emperor of India, Bahadur Shah […]

The United Kingdom’s response to the Scottish independence movement should serve as an example as the crisis in Catalonia continues to unfold.  The United Kingdom allowed for a Scottish referendum and in spite of the persuasive campaigning by Scotland’s charismatic first Minister, Nicola Sturgeon, Scotland decided to remain part of the United Kingdom. Spain’s prosperous […]

London Mayor Sadiq Khan’s upcoming visit to Pakistan is the first visit ever by a London mayor. With a view to bolster trade and cultural links between London and Pakistan, his visit is particularly interesting given his connection with the subcontinent, “As someone whose grandparents were born in India, and whose parents moved to London […]

Earlier in October, gunfire at the Line of Control resulted in the killing of two children when Indian security forces opened fire in Rawalakot and Chirikot. In retaliation, the Pakistan Army killed three Indian troops. As this latest episode so grimly attests, the violence spawned through ongoing enmity between Pakistan and India continues to claim […]

“…I always had the expectation that my path through life would be relatively sunny, no matter what happened. I have never allowed myself to be bitter.” – Angela Merkel Securing a fourth term as Germany’s Chancellor, Angela Merkel’s recent win highlights how under her leadership Germany has reinvented itself as a force for stability for […]

Pakistan’s blasphemy law is deemed a violation of international law not only for its undue curtailment of freedom of expression but also for its discriminatory effect. Too many precious lives have been lost as a result of this law — the time for reform has been long overdue Once again, Pakistan’s onerous blasphemy law has […]