“Education is the only solution”

Depriving children of education is effectively robbing them of awareness, independence, critical life skills, and consigning them to a state of unremitting poverty

Pakistan’s countless flesh and blood victims of the seemingly unstoppable terrorist juggernaut rarely make international headlines. Obscured by the mainstream news narrative, the image of Pakistan which emerges hardly takes into account the extent of the loss, injury, and trauma endured by people on an all too frequent basis.

From recent terrorist attacks in Lahore and Quetta to the horrific massacre of schoolchildren at Peshawar’s Army Public School in 2014 — the catalogue of atrocities has become immense.

Malala Yousafzai’s recent selection as a UN Messenger of Peace is a recognition of the terrorist violence suffered by Pakistan’s people. Just 19-years-old, she is the youngest recipient of the UN’s highest honour.  “Now as our youngest-ever UN Messenger of Peace, Malala can do even more to help create a more just and peaceful world,” said UN Secretary-General Antonio Guterres. 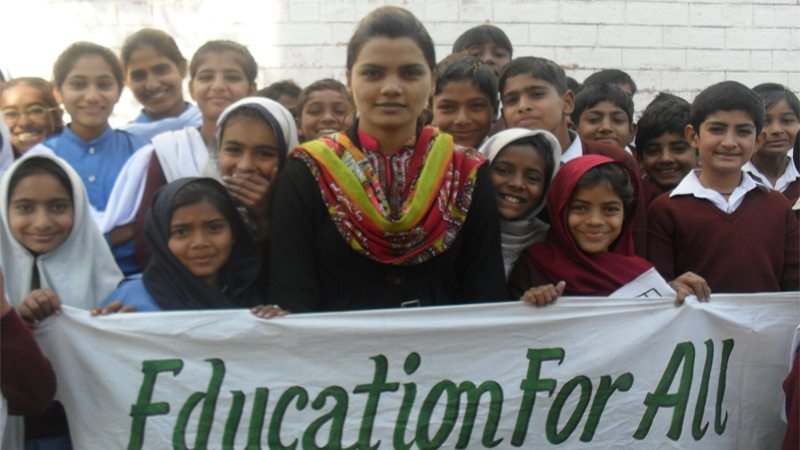 The hate-filled invective of extremists and largely uneducated populace has resulted in disastrous consequences for Pakistan as extremist forces have been able recruit ready adherents.  This is why advocates for peace like Malala have placed a singular emphasis on the need to ensure every child is afforded a quality education. Given the growing youth bulge in populous countries like Pakistan, this education imperative becomes all the more urgent.

A recent survey by Pakistan Social and Living Standard Measures found that the literacy rate in Pakistan for 10-year and above rose to 60 percent, representing a 2percent annual increase. However, Pakistan’s education system remains in a bleak state. According to the UN Global Education Monitoring Report 2016, Pakistan’s education system has failed to meet its targets by decades: primary education by 50 years and secondary education by 60 years. Moreover, it is estimated that Pakistan’s poorest women have received less than a year of schooling. And, 5.6 million school-age children remain out of primary school and 5.5 million of secondary school.

Pakistan’s Constitution obligates the State in unequivocal terms to provide free and compulsory education to all children from the age of five to 16. However, it seems that while some articles of the Constitution are feverishly upheld and defended, provoking endless political debate, the most fundamental ones like a citizen’s right to education are flagrantly disregarded.

Sadly, the story of Malala is just one of innumerable attacks against children, but she stands as a brave survivor and narrator of a dark chapter in Pakistan’s history

Pakistan’s woefully inadequate education system has been further devastated by militant violence. A recent Human Rights Watch report entitled Dreams Turned into Nightmares: Attacks on Students, Teachers, and Schools in Pakistan, has detailed the disruptive impact of terrorism on the education of thousands of children, particularly girls. With the Taliban and other extremist groups targeting educational institutions, teachers and students have been compelled to keep away in case of further attacks — a brute tactic regularly employed by extremist forces to disseminate fear and attain control as the 2016 massacre at Peshawar’s Bacha Khan University grimly demonstrates.

“Attacks on education not only harm students and families directly affected, but also have an incalculable long-term negative effect on Pakistani society,” said Bede Sheppard, child rights deputy director at Human Rights Watch. Depriving children of education is effectively robbing them of awareness, independence, critical life skills and consigning them to a state of unremitting poverty.

Malala’s triumph is a collective victory for Pakistan as her views and aspirations deeply resonate with the overwhelming majority of Pakistanis. Earlier at the UN, she eloquently articulated the power of resistance against retrogressive forces, “… the Taliban shot me on the left side of my forehead.

They shot my friends too. They thought that the bullets would silence us. But they failed. And then, out of that silence came thousands of voices.” Malala was just fifteen-years-old when she was shot by Taliban gunmen in 2012. An outspoken critic of the Taliban, Malala gained recognition for her BBC blog describing the atrocities wrought by the Taliban in Swat after militants burnt down a girls’ school.

The recent years of conflict have exacted a heavy toll on Pakistan. Sadly, the story of Malala is just one of innumerable attacks against children but she stands as a brave survivor and narrator of a dark chapter in Pakistan’s history. As she so aptly asserted, “Education is the only solution. Education first.”

The writer the founding editor of Blue Chip magazine. She tweets @MashaalGauhar