Born in Karachi in 1936, the story of internationally-renowned lawyer Ali Afridi in many ways mirrors that of Pakistan’s first generation of professionals. He belongs to a generation that spent their formative years under colonial rule and applied their experiences to building a new nation.

At the time of partition, Ali Afridi was in boarding school at British India’s prestigious Bishop Cotton School. With his family based in the North West Frontier Province (NWFP), he found himself separated from his family by a newly created border. Ali was not even a teenager when he made the treacherous journey from India to Pakistan, with just a small sum of money and a mat which served as a makeshift bed, and without any sense of where he would land up.

Remembered not only for establishing and raising legal standards in the Middle East and Asia, Ali will always be remembered for his passion for life, generosity of spirit, and his warm smile. His legacy remains of enduring value to Pakistan and the world

His progressive thinking and deep sense of justice led him to make his initial mark in the legal profession at a surprisingly young age. Finding himself back in his native province as a law student in Peshawar when Pakistan’s legal institutions were still evolving, he saved a convict from execution. The accused had confessed to the crime in what appeared to be an open-and-shut case.  However, after investigating the circumstances of the case, a very young and aspiring Ali, went against all norms and requested the prosecuting attorney to allow him to interview the convict. Ali discovered that the convict had committed the crime in a state of provocation, caused by a sentiment embedded within their tribal culture with which he was intimately familiar. He then took it upon himself to explain the mitigating circumstances and to persuade the prosecutor to apply for a lesser punishment. In the end, Ali, the law student, was able to reduce the sentence from murder — for which the punishment is death — to manslaughter. Perhaps an early example of the countless friends and strangers, he quietly helped throughout his life. This was Ali’s hallmark. He was always ready to help others, at any cost and without regard to his personal interests. He was always determined to do what was right and just. His generous and kind spirit, in deeds and words, is known and remembered by countless spread across the world. 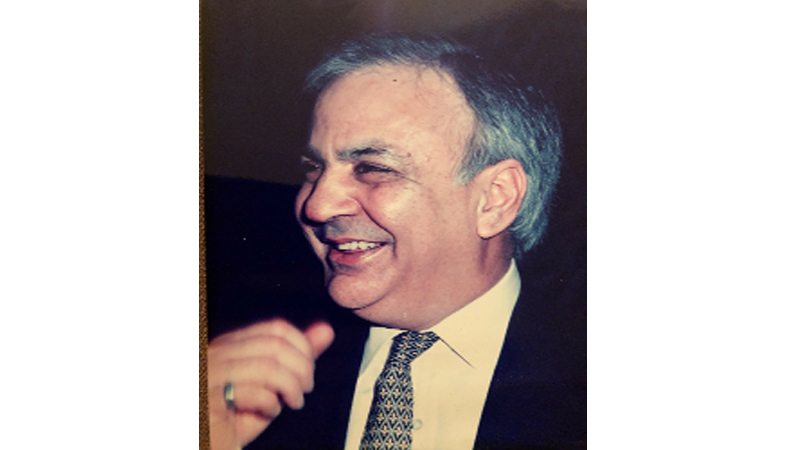 This young student went on to establish a legal empire spanning South Asia and the United Arab Emirates.  His unparalleled legal expertise meant that government leaders regularly sought his advice on a range of issues. This often placed him close to the action of momentous political events. In the former East Pakistan, for example, he rose through the ranks of the historic law firm, Orr Dignam & Co., at a time of great political upheaval. He subsequently moved to Karachi where he was charged with the task of establishing Orr Dignam’s West Pakistan offices, which immediately expanded to become the most reputed practice in the country.

His trailblazing spirit led him to the newly formed UAE where he scaled even greater heights. It was here that he set up the first law firm in the UAE, which is known today as Afridi & Angell, and which remains the oldest and most prestigious law firm in the region. He worked closely with Emirati rulers and business houses to develop not only commercial laws, but also banking regulations for the fledgling country. A searing intellectual, he collaborated with leading Islamic scholars to adapt international financial instruments such as futures, options, derivatives and bonds in accordance with the country’s Islamic law principles. To this day, the financial mechanisms in use in the UAE are based on his seminal work in this field.

His invaluable contribution to the UAE’s legal framework did not stop there. He spearheaded the practice of commercial documentation which paved the way for the UAE’s position in international trade and commerce. A master of commercial law, he could seamlessly distill complex information into simple legal agreements, often without the need of a pen and paper. His clear and efficient approach became a benchmark for excellence in the UAE and beyond.

A testament to his international reputation, celebrated US law firm Chadbourne & Parke, joined forces with him in the UAE. Chadbourne Parke a Afridi established itself as the hallmark of excellence for years to come. However, Ali’s vision and appetite for growth in the region remained unabated, and several of his Chadbourne colleagues were inspired by his vision to join him and form the hugely successful Afridi & Angell. They expanded quickly into Pakistan, and Ali was among the first foreign lawyers to secure licenses in both Beijing and Shanghai. He did so at a time when no one could have imagined the growing influence of the Chinese economy on the global stage. Ali knew what was coming! A true testament to his vision, he was always ahead of his time.

In spite of his close friendships with heads of state and royalty from all over the world, he always remained humble and down to earth, and engaged with heart and mind without regard to race or standing. He and his enchanting wife Gillo welcomed everyone in their home with unparalleled warmth and hospitality. He remained unchanged by success and always enjoyed the simple things in life: spending time with his friends and family, going for walks, reading and visiting his hometown of Babri Banda in northern Pakistan. More than anything, he was known as a person who stood by his friends in times of trouble and could always be counted on for support.

A legend in his lifetime, his down-to-earth unassuming manner belied his status. His final journey home to his resting place in Babri Banda was accompanied by scores of adoring family, friends and well-wishers mourning the loss of a truly remarkable man. Remembered not only for establishing and raising legal standards in the Middle East and Asia, Ali will always be remembered for his passion for life, generosity of spirit, and his warm smile. His legacy remains of enduring value to Pakistan and the world.