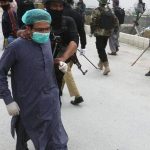 There is a widely known saying in Pakistan, “Apna ik banda police ich bharti karaa lao te jo marzi karde phiro,” which translates to “get a man recruited in police and do what you like.” Sadly, police have managed to create such an image of themselves in this country that makes people fear the very […]

If history is anything to go by, no political party in India can afford to dent its popularity by appearing too conciliatory towards Pakistan. This is so because Indian political leaders try to outperform each other in anti-Pakistan rhetoric to win hardline Hindu voters on their side. There is, however, one major difference between Modi’s […] 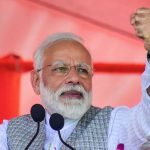 One wrong decision leads to another and the process continues. The blowback to Burhan Wani’s killing led to a hitherto unseen Kashmiri movement for independence. Wani’s killing empowered separatists while mainstream leaders such as Mehbooba Mufti and Omar Abdullah found themselves getting increasingly alienated from the masses. In order to remain politically relevant, they started […] 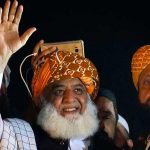 “Ecclesiastical princes alone have states without defending them, have subjects without governing them, and their states not being defended are not taken from them; their subjects not being governed do not resent it, and neither think nor are capable of alienating themselves from them,” said Machiavelli, the apostle of power politics. The same had been […]