“Ecclesiastical princes alone have states without defending them, have subjects without governing them, and their states not being defended are not taken from them; their subjects not being governed do not resent it, and neither think nor are capable of alienating themselves from them,” said Machiavelli, the apostle of power politics. The same had been true about the socio-political clout of’ mullah’ (clergy)in Pakistan until recently. But the change in Pakistan’s strategic thinking due to an interplay of domestic, regional and ultra-regional factors has put religious political forces in an existential crisis. 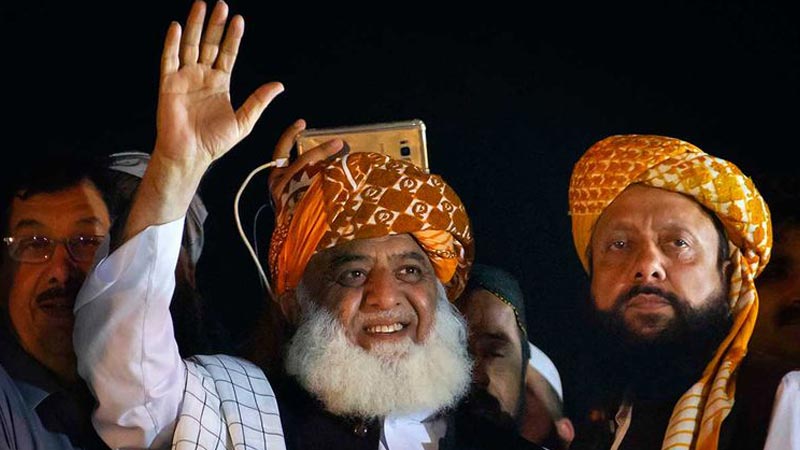 Feeling safe in the knowledge that their inability to translate their street power into vote would not dent their role as defenders of the nation on the ideological frontier, they never, with the exception of their participation in the Islami Jamhoori Ittehad, mounted any significant political challenge to the ruling elite. The state, in fact, enjoyed a honeymoon period, though ill-advisedly, with radical Islamists until they served its interests in Afghanistan and Kashmir. This marriage of convenience has, however, been under threat of dissolution since 9/11.

Since then, the world at large and the US in particular has come to believe that supporting jihadists against any secular regime unleash such lethal forces as are beyond the capacity of their architects to control. As a logical consequence to this development, countries such as Pakistan and Saudi Arabia-as they found themselves in an embarrassing situation for their alleged patronage to these regressive elements-have largely disassociated themselves fromtheir yesteryears’ strategic assets.

Despite its sincere efforts to prevent the use of its soil for cross-border terrorism-fencing along the Durand Line at the cost of lives of its own soldiers is a standing proof of the same-Pakistan had still been in the crosshairs of international criticism for not cracking down on militants linked to the Kashmir cause. India, meanwhile, successfully painted genuine Kashmiri liberation struggle, particularly after 2016, as Pakistan sponsored terrorism. Hence, Pakistan distanced itself from such groups, as is also evident from the conspicuous absence of any Kashmir solidarity rally by the Lashkar-e-Taiba after India stripped Kashmir of its special constitutional status.

Having lost patience with the militant elements within Wahabi Islam, Pakistan also experimented with supporting Bravelvis as they were believed to be peaceful for their association with the Sufi tradition in Islam. It, however, later transpired that as soon as Bralevis found themselves as state favourites, they also turned violent. Khadim Hussain Rizvi and his supporters, emboldened and encouraged by state’s protection to Milad-un-Nabi events, mistakenly assumed that they could get away with doing anything, such as lynching Mishaal Khan, and inciting soldiers to rebel against the army chief, in the name of the prophet’s honour.

As a burnt child dreads the fire, Pakistan after facing multiple intractable crises brought about by the religious groups learned a hard lesson of never allowing them to become the face of nation before the outside world. It, however, doesn’t imply that religious issues are losing traction in the public. In point of fact, mainstream political leaders have taken it to themselves to raise ideological and religious issues at national and international fora. Imran Khan’s focus on Islamophobia and the honour of the prophet (PBUH) in his UNGA speech is just one example of the same.

Adding to the woes of an already troubled mullah, Pakistan decided to open itself to massive Chinese investment and cultural influx. Being itself a victim of religious extremism in its Xinjiang province, China considers extremism as one of the three evils-others being separatism and terrorism-it shows no tolerance for. And as Chinese President Xi Jinping made it clear, “We must resolutely resist overseas infiltration through religious means and guard against ideological infringement by extremists,’ China will not take kindly to the fact of militants linked to the East Turkestan Islamic Movement finding any support from the religious right in Pakistan. Hence, the more China comes to influence Pakistan’s policy-making the less will be the space for religious extremists in this country.

Traditionally, religious groups have enjoyed two-fold-social and political-importance in Pakistan. Their social relevance, however, always eclipsed their political importance. As a matter of fact, they, apart from MMA’s government after the 2002 general elections in erstwhile NWFP, have never been major political players. Being content with their social importance and their ability to influence political decision making in Pakistan, they, in fact, never took their unimpressive political performance as an existential challenge.

Things, however, have changed of late. Having seen his social clout considerably diminished after the romance between the state and the mullah fizzled out, the latter seems to have embarked upon the mission of increasing his political relevance. Unsurprisingly, no mullah other than the ilk of Maulana Fazalur Rehman, who believes in the democratic process and does not confront the state on sensitive issues like Asia Bibi’s acquittal, is in a position to launch his political campaign without coming under severe censure. Hence, he has come with a vengeance to exploit the opportunity afforded to him by the circumstances.

As Pakistanis have never voted a religious political party into power, MMA’s government in erstwhile NWFP being an exception, Maulana Fazalur Rehman has also felt the need to redefine his politics. This time, he, instead of raising ideological issues, has put the ruling party’s performance in terms of its failure to make good on its election promises through the wringer. This speaks volumes about the fact that Maulana, being the last politically relevant mullah, not content with mobilising only his madressah base wants to maximise his appeal to the swing voters. However, once he is in power, though it seems a least likely and a less palatable scenario, it may create space for all those who are becoming increasingly irrelevant.