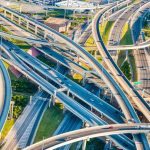 US President Donald Trump, earlier this month, unveiled a long-awaited legislative outline to plow US$1.5 trillion into rebuilding America’s decaying infrastructure networks. It follows a 2016 campaign pledge by Trump that prompted speculation, at the time, that Japanese, European and Chinese companies might be invited to join the effort. The proposal calls for huge increases […] 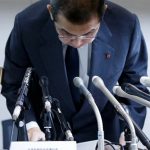 Horse meat consumed as beef. Subcompact cars, marketed as runabouts for coeds, whose gas tanks exploded like Roman candles in rear-end collisions. And a cocky company that caused one of history’s worst oil spills. Scanning headlines in the West, you might think these were stories about Nissan Motor, Kobe Steel, Takata Corp. or Chinese food […]

Chinese Internet search company Baidu is easing into the passing lane for driverless cars. The Beijing-based firm plans to mass-produce its own autonomous “Apollo” car by 2021 with help from such heavyweights as Daimler, Ford and nearly a dozen Chinese carmakers. A prototype is due next year and Baidu is testing driverless vehicles in […]

It’s a ripple effect that could transform Africa’s economies – but it will take time to gather force. China’s bold One Belt One Road (Obor) initiative to forge an integrated economic zone that stretches from Central Asia to Europe has an African component that could energize nations such as Nigeria and Tanzania at a time […]

It is not an arms race, but it is expected to have a bigger impact than bombs or missiles on the future of global heavyweights such as the United States, China and Japan. Asian and US companies are racing to develop artificial intelligence (AI) technology, which promises to revolutionize every aspect of humanity, from computing […]

Japanese Prime Minister Shinzo Abe is proposing that Japan serve as a major technology and investment partner in President Donald Trump’s US$1 trillion plan to upgrade US infrastructure, with a focus on high-speed maglev trains. Abe made the pitch following a summit with Trump at the White House on Friday, adding that a magnetic levitation […]