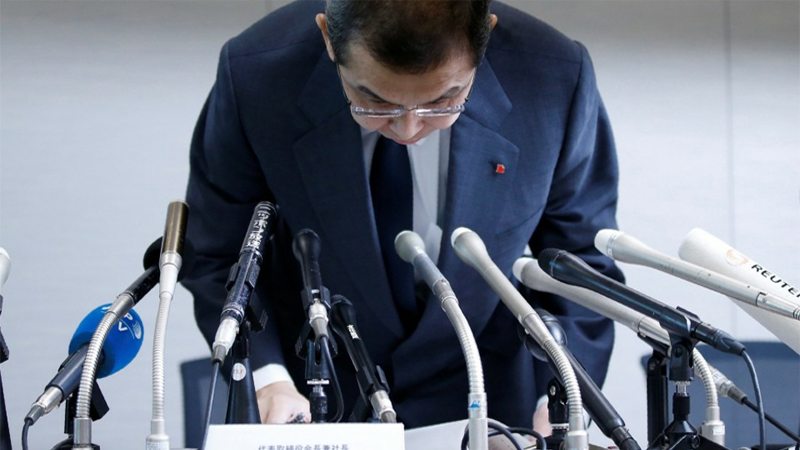 Horse meat consumed as beef. Subcompact cars, marketed as runabouts for coeds, whose gas tanks exploded like Roman candles in rear-end collisions. And a cocky company that caused one of history’s worst oil spills.

Scanning headlines in the West, you might think these were stories about Nissan Motor, Kobe Steel, Takata Corp. or Chinese food companies. Instead, they’re just some of the more infamous quality control and safety lapses from American and European industry.

The subcompact was the Ford Pinto death trap of the 1970s. The horrific gusher was British Petroleum’s (BP) 2010 oil spill in the Gulf of Mexico. The consumers who ate horse flesh were British.

“As Britons choke on discovering that they may have eaten horse that was imported as beef … a greater impact may stem from a shattering of public confidence in EU systems of labeling and quality control,” Reuters reported in 2013.

As Western criticism of recent Japanese quality-control scandals mounts, it brings to mind the old adage of “the pot calling the kettle black.” Are any of these issues peculiarly Japanese?

Obviously not. German auto giant Volkswagen admitted in 2015 that it cheated on air admissions tests for US cars. And on the accounting side, there was a US energy giant named Enron that took down a prestigious accounting firm named Arthur Andersen, causing 85,000 employees to lose their jobs in 2002.

Moral of the story: Rather than point sooty fingers, perhaps it’s time to recognize that Japan has finally developed all the warts that go with being a mature industrial economy and that the advantages it enjoyed in its post-war heyday no longer exist.

As such, the moral of the story is that Japan must now squirm in the mosh pit with other advanced nations to find cures for common maladies.

Stagnating birth and GDP growth rates, the impacts of generational change on the workforce, befuddled investment priorities, corporate governance mishaps and technology disruptions are increasingly common denominators for both Japan and the West.

None of this minimizes the fact that in a string of scandals since 2015, Toshiba admitted it overstated operating profits, Kobe Steel says it falsified quality certificates, and Takata Corp. has been pilloried for selling exploding airbags.

However, there’s more than a trace of bias – not to mention glee – in the West about Japan Inc.’s latest travails. After all, it was Japan’s ascent that sideswiped General Motors and sent US players like RCA spinning into oblivion by selling better, cheaper products.

Critics of Japan in the current scandals should bear in mind that perspective is more important than payback. The real question is: why have so many Japanese corporate scandals hit in the space of a few short years?

Out of the same mold The following anecdote offers some insights:

In the 1980s, some executives from a Japanese plastics manufacturers association visited Malaysia to evaluate local plastic parts makers. In a confidential report I obtained that was the basis for a magazine article, they spoke critically of an alleged absence of quality controls at the Malaysian plants. Among other things, they noted a lack of “quality circles” that stressed cleanliness on the factory floor and maintaining machinery in tip-top condition.

They delivered their pronouncements at a time when there were still ample Japanese workers to man their factories in Japan, and plenty of seasoned managers who had learned their trade in the gritty days after World War II to ensure that the parts were of the highest quality.

This is no longer the case. Japan now plays second fiddle to China in the world economy and its lost decades of growth have become a cliche. Battalions of foreign workers inside the country reflect a decades-long labor shortage.

While Japanese factories remain state-of-the-art, flat profits have undercut the money for capital investments that ensure quality control. The challenges of maintaining foreign manufacturing sites in a globalized economy have added to the strains. And the nation is still struggling to integrate shareholder oversight and whistleblowing into the corporate process.

In short, Japan’s much-vaunted Kaizen system is hollowing out from inside.

All of this should sound familiar to corporate analysts in the West. And Japan’s experience offers lessons too for nations like China and India that will eventually face the challenges of becoming mature economies.

Do as the Japanese do There’s another pointer for Western executives in the flurry of Japanese scandals. When Japanese CEOs face the music for their misdeeds, most quickly resign and don’t have to be driven from their posts. The culture demands it.

Not so in the West. BP’s Deepwater Horizon disaster in 2010 killed 11 workers, spewed more than 130 millions gallons of oil and caused over US$17 billion in environmental damage in the Gulf of Mexico. Its causes were eventually traced to a flawed well plan, the failure of eight different safety systems and lax managerial oversight.

Tepco officials in Japan can take comfort in the fact that their disaster began when a sudden tsunami hit their Fukushima nuke power plant in 2011.

In BP’s case, CEO Tony Hayward resigned “for the good of the company” several months after the debacle – but only after claiming that he was “demonized and vilified” in the US for the massive oil spill.

Unlike Japanese CEOs, Hayward didn’t bother to hang his head in shame. Neither have folks like Harvey Weinstein or ex-Uber CEO Travis Kalanick. Perhaps some lessons in bowing at the waist would remind some US and European honchos of their civic responsibilities.