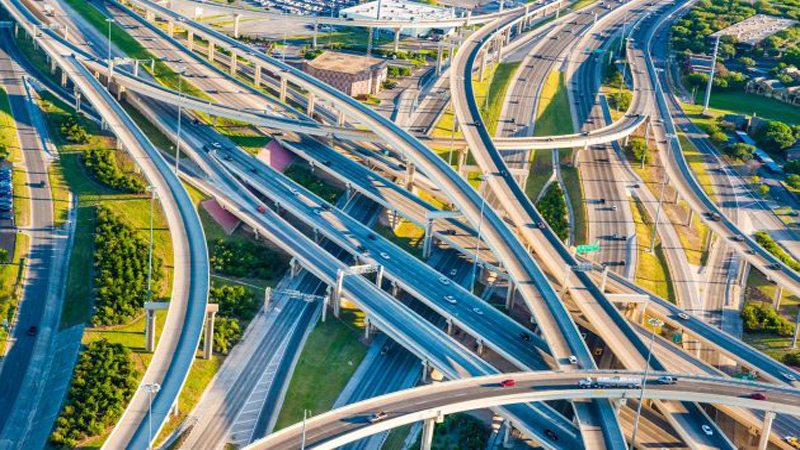 It follows a 2016 campaign pledge by Trump that prompted speculation, at the time, that Japanese, European and Chinese companies might be invited to join the effort. The proposal calls for huge increases in public spending for roads, railways, airports, power grids and other infrastructure.

Japanese Prime Minister Shinzo Abe noted to Trump at a summit last year that a Japan-made magnetic levitation train could cover the distance between New York and Washington in one hour.

But now that it’s out, most analysts regard the plan as a non-starter whose financial blueprint makes it nearly impossible to fund the president’s sprawling vision of reversing years of US infrastructure neglect. This, in turn, makes it unlikely that Asian, European or even US companies will win significant business from such spending.

Trump’s plan, which faces an uncertain fate in Congress, allocates US$200 billion in federal funds for the effort, with the remaining US$1.3 trillion or more to be raised through state and corporate investments over 10 years.

“If you want it badly, you’re going to get it,” Trump reportedly told state and local officials at a recent White House meeting about his infrastructure plan. “And if you don’t want it, that’s OK with me too.”

The problem, according to many analysts, is that cash-strapped US states aren’t in a position to come up with the remaining money. “Hardly anyone believes that US$200 billion federal dollars will produce an additional US$1.3 trillion investment from non-federal sources, especially when state and local budgets are being squeezed by rising costs for education and healthcare,” Brookings Institution senior fellow William A. Galston said in a February 12 analysis.

“I imagine there’s not going to be a lot of money for these companies because the (US$200 billion) will be divvied up 50 ways among 50 different US states,” Kevin C. Coates, a Washington, D.C.-based transportation consultant told Asia Times.

Others note the plan to pour US$1.5 trillion into repairing key transport and power networks has few specific financial pointers on how to achieve its goals and has been summarized in a brief 53-page document to Congress.

He says such infrastructure projects are typically 80 percent federally funded and 20 percent state funded versus a 10 percent federal, 90 percent funding mix under Trump’s plan. All US states, moreover, have higher funding costs than the federal government since they can’t avail themselves of the “risk free” US Treasury rate provided by US government securities. Some states also have balanced budget requirements on the books, limiting how much they can spend on infrastructure projects.

‘All flash, no substance’: In the end, this means Trump’s infrastructure plan will both constrict the number of projects funded due to higher cost of capital, while crowding out other forms of state spending due to the need to make the higher interest payments, according to Garrity, who heads GVA Research in the US.

“The Trump infrastructure program has numerous flaws of which the above are only a few,” Garrity told Asia Times. “It’s a reflection of Trump himself, all flash, no substance.”

Some analysts said soon after Trump’s election that the president might need to access foreign know-how and capital in rebuilding US infrastructure. The notion was tied to the fact that cutting-edge technology and expertise in building high-speed train systems and massive highway and bridge networks no longer resides in the US.

Asian and European companies have more experience in building the huge infrastructure projects envisioned under Trump’s plan. As federal and state budgets shrank in the last decades of the 20th century, the US (with the exception of oil and gas pipelines) has built relatively few large infrastructures projects. This also caused many US companies specializing in infrastructure to shift focus and neglect R&D.

Transport and related technology, in the meantime, took off in other nations. Kawasaki Heavy is one of the world’s top makers of high-speed commuter trains, subway cars and heavy construction equipment. Berlin-based Siemens produces the Velaro high-speed train that reaches speeds of up to 220 miles per hour. France’s Alstom is another maker of advanced trains, as is Canadian aerospace and transport conglomerate Bombardier. CRRC is China’s biggest manufacturer and exporter of high-speed trains.

Anti-Chinese sentiment: Rising political sentiment against Chinese business activities in the US also makes it less likely that firms from China will be participating in the US effort.

This might have been the case in August, when China’s CRRC was reportedly passed over as a bidder for a US$1.4 billion contract to provide new subway cars for New York City.

The big Chinese rail equipment maker lost out, though it had teamed up with Montreal-based Bombardier to make its bid more politically palatable to city officials. The New York stumble came after CRRC had previously won big train contracts in Chicago, Boston, Philadelphia and Los Angeles.

Trump said after taking office a year ago that his infrastructure plan would be financed through a deficit-neutral system of infrastructure tax credits. Public-private partnerships, innovative financing programs and bond issues were also mentioned as financing options.

While the president’s plan leaves the door open to these funding sources, there’s little specific detail on how the remaining US$1.3 trillion will be raised by private-sector partners, Wall Street or the states.

One plan feature that’s winning legislative support is a proposal to substantially streamline the federal review process for major infrastructure projects — though some reviews involve assessments designed to reduce the environmental impacts of these projects. Another well-received idea involves expanding ongoing federal subsidy programs to boost investments in transportation and water system projects.

But critics stress the plan’s main weakness is the relative lack of federal money and involvement in such a far-reaching nationwide project. Competing defense-spending priorities and other federal outlays are sapping funds that might have been used for Trump’s plan.

Bipartisan pitches to fix the nation’s infrastructure by tapping part of the money generated by repatriating US corporate profits held overseas were not included in a tax bill passed by Congress this year. A Republican-controlled Congress is also averse to tax increases that might pay for infrastructure upgrades.

Analysts say the dilemma is that only the federal government has the resources to tackle such an enormous project. But the White House is kicking the ball to the states and the private sector.

Coates argues that successful efforts in Asia, Europe and the Middle East to build high-speed rail networks, tunnels and ports have all involved substantial public funding with active participation by central governments. This is not the case with Trump’s plan, he says. “You need a true national initiative for large infrastructure projects,” Coates said.