On August 5, India’s Hindu nationalist Bharatiya Janata Party (BJP) government issued a surprise executive decree stripping away the autonomy that the state of Jammu and Kashmir was granted in exchange for joining the Indian union after independence in 1947. Since the decree, Indian authorities also imposed an unprecedented lockdown in the region, cutting off […] 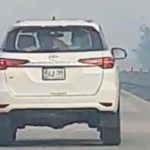 The Central Asian Republics, a group of countries that were granted independence after the dissociation of the former Soviet Union consist of: Kazakhstan, Kyrgyzstan, Tajikistan, Turkmenistan, and Uzbekistan, all of which are landlocked countries, and have no access to the sea. Thus Pakistan, which has its southern border with the Arabian Sea, and is part […]

On March 22, every year, the world turns its attention to the global water crisis on the occasion of World Water Day. Water policies around the world need urgent reform. Water–an essential natural resource on which all life depends–has become a global garbage can. You wouldn’t think you could kill a freshwater ecosystem or an […] 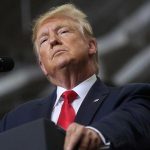 The president’s efforts to govern in his self-interest will undermine the world’s faith in the US. The Ukraine scandal is not only undermining American democracy–it’s damaging national security. The US’s foreign policy increasingly looks like that of a mafia state, wielded at the behest of and for the benefit of one man’s interests, and sale […]