* The US, under Trump, could be treated like a powerful autocracy--a country that must be dealt with, but not trusted 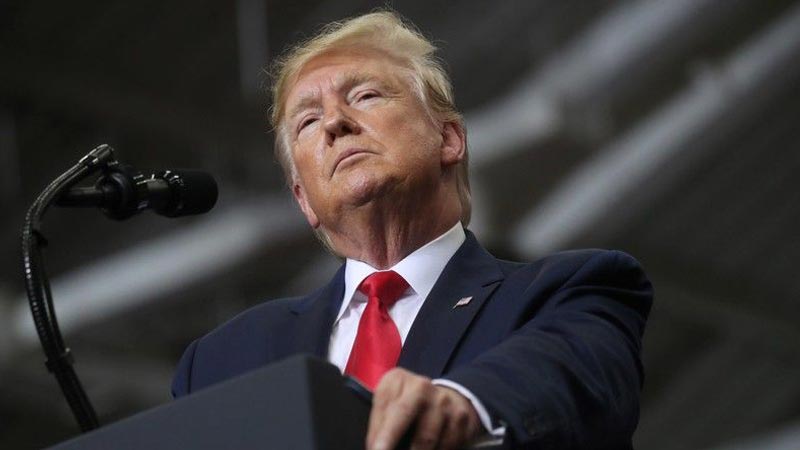 The president’s efforts to govern in his self-interest will undermine the world’s faith in the US. The Ukraine scandal is not only undermining American democracy–it’s damaging national security. The US’s foreign policy increasingly looks like that of a mafia state, wielded at the behest of and for the benefit of one man’s interests, and sale to the highest bidders. This is devastating America’s role in the world.

Trump led an effort–along with other government officials and the president’s lawyer, Rudy Giuliani–to use the power of the US to pressurise the government of Ukraine to fabricate smears about one of Trump’s domestic political opponents. As the White House admitted in a transcript of Trump’s July 25 call with the Ukrainian president, Volodymyr Zelenskiy. Trump asked Zelenskiy for a “favour”–to look into the former vice-president, Joe Biden, and his son–and said that the US attorney general, Bill Barr, and Giuliani would help.

At the same time, Trump withheld military assistance to Ukraine, which is fighting a war with Russia, on a timeline that makes it clear that it was part of an attempt to use taxpayer dollars as leverage to get Ukraine to do Trump’s bidding.

This is confirmed by the whistleblower complaint from a member of the US intelligence community, who sums it all up, “The President of the United States is using the power of his office to solicit interference from a foreign country in the 2020 US election.” The complaint also describes an effort by the White House to hide the president’s conversation with Zelenskiy because officials knew how damning it was. And then, the White House and the Department of Justice intervened to prevent the complaint from making its way to Congress as the law requires.

Many more facts are sure to follow, but the facts we already know are damning: Trump has been using the power of the presidency to extort a foreign government to help his re-election chances. Trump’s administration then tried to cover it up. And when it came out, Trump threatened the whistleblower with retaliation. All of this has fueled an impeachment inquiry.

This kind of behaviour, coming from the US president, is shocking. But coming from Trump, it is hardly surprising.

The former FBI director, Robert Mueller, documented in 448 pages of a Department of Justice report, the extent to which Trump and his campaign worked to solicit, receive and coordinate assistance from Russia in the 2016 election, as well as the numerous attempts by Trump to obstruct that investigation.

Trump refused to shed his private business interests before assuming office, meaning that as president, he has faced numerous conflicts of interest. His family’s financial dealings with countries, ranging from China to Saudi Arabia, raise suspicion about whose interests Trump is securing.

Now, we are learning that Trump attempted to convince the Australian prime minister to help discredit the origins of the Mueller investigation. The White House again recognised how explosive this was and hid the transcript of the conversation. It also appears that Barr is a lead player in conducting Trump’s foreign policy, trying to get others, including the United Kingdom and Italy, to help discredit the Mueller investigation. That Trump and the top official-in-charge of enforcing US law would try to get some of America’s closest allies and intelligence partners to help Trump’s political agenda is deeply troubling.

All of this makes clear (if it wasn’t already clear) that Trump will use the full power of the US to compel countries to do his dirty work. Reports of more hidden transcripts of presidential conversations–a practice that appears to extend at least to conversations with the Russian president, Vladimir Putin, and Saudi Arabia’s leader, Mohammed bin Salman–raise serious questions about what other US interests Trump has sacrificed for his gain.

The possibilities for Trump to undermine US interests are endless. If allies want the US to uphold treaties, maybe Trump will demand cash payments–not to the US, but Trump himself.

If countries want good trade terms, maybe Trump will require them to fabricate scandals about members of Congress investigating him. Perhaps, China will sweeten the pot of a trade deal with more trademarks for Ivanka Trump’s businesses or assistance in her father’s re-election campaign. There is a report that Trump may have already attempted to ask China to look into the Biden family. At their next summit, the North Korean leader, Kim Jong-un, could offer to use cyber-hacking capabilities to help Trump’s campaign in exchange for sanction-relief. We’re through the looking glass now. America’s friends are perplexed, and the damage could be incalculable. Some countries may try to placate Trump because the US is, indeed, powerful and they are scared that the US mob-boss-in-chief might break their legs. But they will hate us, look for other options and ditch us at the first opportunity. Our closest allies will reject us. No matter how important the US alliance is for these countries, the current scandal will force them to distance themselves even further. Intelligence cooperation could slow down because allies know Trump is abusing those channels. No one will have faith in US commitments because they fear that Trump will sell them out for personal gain. The US, under Trump, could be treated like a powerful autocracy–a country that must be dealt with, but not trusted, and always hedged against.

Trump must be held to account for the sake of national security.