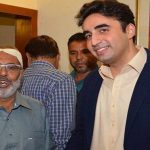 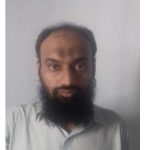 KARACHI: Counter Terrorism Department  (CTD) Investigation Police unit on Tuesday arrested a terrorists of the banned Tehreek Taliban Pakistan (TTP) in a raid carried out on a secret tip off. According to CTD officials, Dr Abdul Rehman accumulated funds for TTP to carry out terrorism related activities and he had been trained in Afghanistan for […]

KARACHI: The Karachi police on an intelligence tip off, has arrested three terrorists of banned outfit Tanzeem Harkatul Mujahideen after conducting a raid on Malakand Graveyard, Pathan Colony in SITE. According to the claim of SITE A police station, the arrested criminals have revealed during interrogation that they have remained part of the terrorist network […]

KARACHI: Police and activists of religious parties attacked social activists and women on Thursday, who were protesting for the recovery of Salman Haider and other human rights activists who went missing from Islamabad a few days ago. According to details, a large number of social activists including women were holding a protest demonstration organized by […]

KARACHI: All accomplices involved in the Target killing of Saleem Qadri were released by court earlier due to lack of evidence. This was stated by Farrukh Jamal alis Ghora in front of a JIT , whose report has been obtained by Daily Times exclusively. Farrukh Jamal who was arrested by Law Enforcement agencies five days […]