The Euroskepticism led to a cleavage between Great Britain and the European Union. The British referendum, on leaving the European Union, plunged her into an abyss of uncertainty–the populace, at large, voted in the assent of separation from the Union. However, the Irish digressed and the aberration confounded the future course. The Emerald Isle shares […] 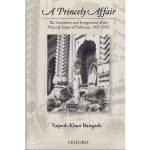 A Princely Affair has encapsulated the warp and woof of the princely states and their nature of relationship with British India and its successor dominion. The History of the princely States of Pakistan has always been an unexplored road for the students of history, let alone for those who scribe history. Dr. Bangash has produced […] 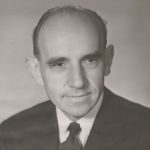 “An odyssey to the inchoate communist China and the Soviet Union during her apotheosis. An epitome of how a diplomat should pass the gossamer.” Humphrey Trevelyan was a diplomat, who – during the heydays of communism -sailed the British ship through the de novo east. He, in his autobiography, bifurcates his odyssey in twain – […]