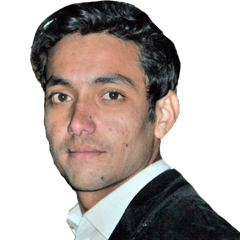 The writer is the student of Pakistan Studies at Government College Mansehra. He tweets @abidhashnagar and can be reached at abidalimn121@gmail.com 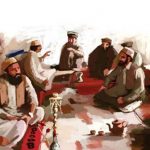 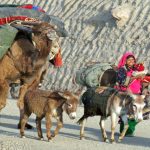 Pakistan is a third world country and is facing a lot of problems that are difficult to counter. In this miserable and failed state, a majority is unable to get the fundamental rights so we can imagine the position of minorities in the country. By minority, I do not mean the religious minorities rather the […]

After every election in Pakistan people celebrate it as the victory of the common people. We saw it in the 1970 election, when people got rid of the dictator and voted in favour of Zulfikar Ali Bhutto. Similarly in 1977, people got rid of the political elite and welcomed Ziaul Haq, and in 1988, again […]

Alisha was the Peshawar coordinator and one ofeight board members of the Trans Action Alliance (TAA), an association of transgender groups working to safeguard the rights of the trans community. Tragically in January 2018 she was shot eight times by an assailant. But the most appalling part of this story is that when she was […]

The murder of Qutub Rind has attracted a lot of rumours on social media. The student, who originally belonged to Sindh, was based in Lahore. He was allegedly killed over blasphemy. When they heard the word blasphemy, many people decided to share and push this news on social media without even investigating whether it was […]

Today’s election is being called a game changer for Pakistan’s democracy. But this time around, one thing is a bit different. Islamist parties, some of whom were earlier banned for inciting violence, hate speech and other similar issues, have been allowed to contest polls. Banned organisation Milli Muslim League (MML),which was not allowed to contest […]